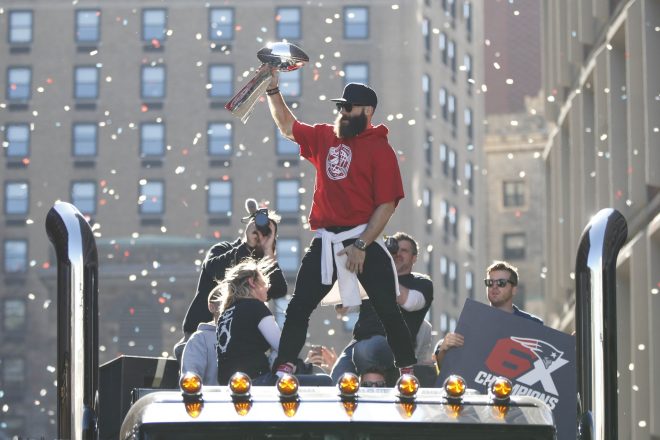 2020 will mark Edelman’s 12th professional season in the NFL but will be his first under a new starting quarterback for 16 games.

As evident by his activity on social media this week, Edelman is already working towards the 2020 season and the challenges that await in a new era of Patriots football.

In the meantime, check out all the Edelman birthday reaction with some of the best sights and sounds from social media honoring his special day.

Have a good one Jules! Stay squirrelly.

No better way to celebrate @Edelman11’s birthday than with his most iconic play. #SBLI (Feb. 5, 2017) pic.twitter.com/xmsnZfcBYj

A few current and former teammates later sent Edelman some birthday wishes over their Instagram stories.

By: Steve Balestrieri
“A lot of guys were getting worried because when we were in the middle of camp, we were wondering what the plan was for our…
4 hours ago

By: Mark Morse
Practices for the East-West Shrine games are getting started. Here are prospects that you should look for during the week leading up to the game…
21 hours ago