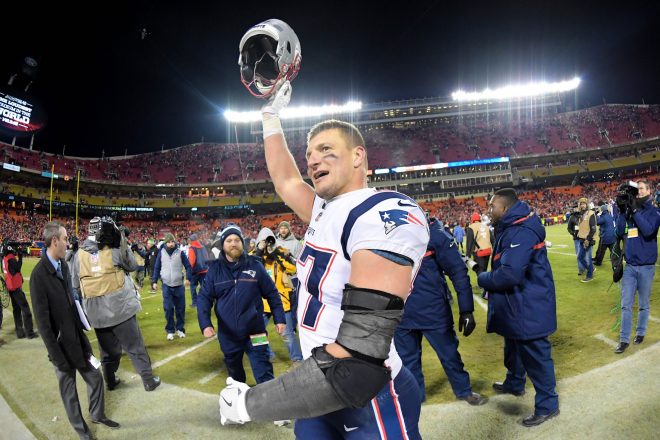 Patriots fans learned right away at the 2010 NFL Draft what they were getting from tight end Rob Gronkowski.

On the NFL Throwback Twitter Monday, footage was shared of a celebratory Gronkowski family the moment Rob was taken 42nd overall out of the University of Arizona.

Take a look at the green room party Rob and his brothers had before he took the stage below.

Head coach Bill Belichick later said the following about Gronkowski after the draft;

“So Rob Gronkowski, certainly an interesting player. Excellent size, very well thought of down there by Coach [Mike] Stoops and his staff. I think as we saw there, in New York, he’s kind of a fun loving guy who enjoys having a good time, but he plays like that, too. He plays with a good attitude. He’s aggressive.”

Gronkowski would go on to have a Hall of Fame career with the Patriots over his nine professional seasons, earning three Super Bowl rings and setting multiple tight end records.

Following Super Bowl LIII, Gronkowski retired from the NFL. He is currently perusing a career as a professional wrestler in the WWE.