Jerod Mayo was team captain for seven consecutive seasons. The defensive play caller appeared in 111 games, all with the Patriots. He was the Defensive Rookie of the Year in 2008 and an All Pro two years later when he led the NFL in tackles. Mayo ranks eighth in franchise history in tackles, tenth in fumble recoveries, 11th in tackles for a loss and fourth in passes defensed by a linebacker.

Three consecutive seasons ending on IR resulted in Mayo’s decision to retire from football. He was then hired by Optum, the technology division of UnitedHealth. In 2019 the Patriots the Patriots lured Mayo back to football as their inside linebackers coach.

The 5’9, 183 pound corner played in 39 games with 13 starts over three seasons with the Pats. Wilhite had three interceptions and nine pass deflections with New England. He was unable to crack the starting lineup during his tenure with the Patriots despite constant turnover. As a rookie Wilhite watched Deltha O’Neal and Ellis Hobbs start, and in year two it was Shawn Springs and Leigh Bodden. Then in 2010 Wilhite was surpassed on the depth chart by Devin McCourty, Kyle Arrington and Darius Butler. He was waived at the end of training camp in 2011.

In 2009 Wilhite pulled a groin muscle in a rather odd manner. North Attleboro police reported that Wilhite came home and two people in his parking lot approached him and began yelling at him. Wilhite ran away to a Cumberland Farms store to call police, with the sprint resulting in the bizarre injury.

Vincent Valentine showed some promise as a rookie. He was part of the standard rotation as a run stopping specialist, appearing in 13 games while on the field for 28% of the defensive snaps. Valentine suffered a knee injury and spent nearly all of 2017 on injured reserve. He failed to make the roster in 2018, relegated to starting the season on the practice squad. A month later the Patriots released Valentine and he has played in just three NFL games since. 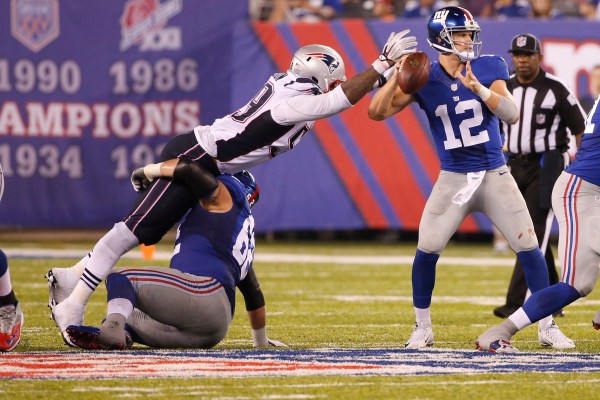 Dave McCurry was one of the last two-way players in college football. Miami drafted the Iowa State alum in the fifth round of the 1973 draft. McCurry spent most of the 1974 season on injured reserve, appearing in two games with the Patriots.

Come on, who didn’t root for a tight end named Bear? McKenna Sean Pascoe was a seven year veteran when he signed with the Patriots. Unfortunately the 6’5 Fresno State alum was unable to impress over Matt Lengel, Cameron Fleming and Martellus Bennett as a backup to Rob Gronkowski. Foxboro was the final stop of his NFL career when Pascoe was cut on August 22, 2016. At least he has a ‘Fairlea Wicked’ horse. 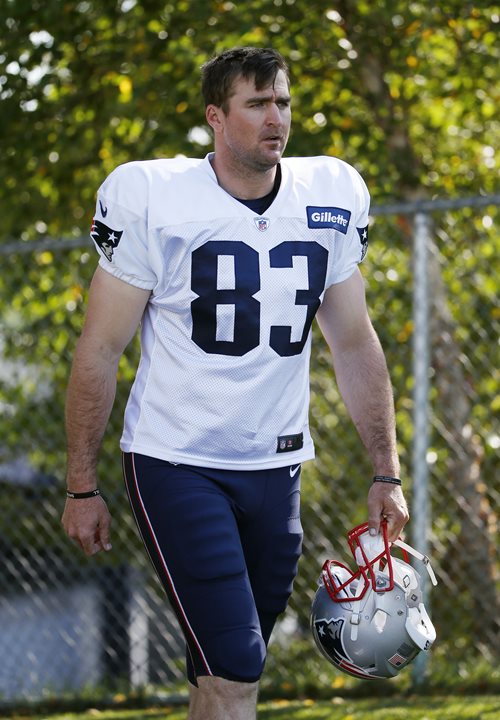 Kevin Dorsey had spent two years in the Green Bay Packers organization before coming to Foxborough. The wide receiver from Maryland did not make it to the start of training camp, released on May 9.

Stephens was the 1988 Offensive Rookie of the Year when he rushed for 1,168 yards. He ran for over 800 yards in each of the next two seasons before Leonard Russell replaced him as the lead tailback. Stephens rushed for 3,440 yards and scored 19 touchdowns in five seasons with the Pats.

In 1994 Stephens plead guilty to rape charges in Kansas City, but was only placed on probation. He was awaiting trial in 2009 for another sexual assault and facing up to 80 years in jail. Stephens lost control of his pickup truck on a back road, crashed into trees and died, avoiding that ignominy. His daughter Sloane is a professional tennis player who won the 2017 US Open and was once ranked number three on the tour.