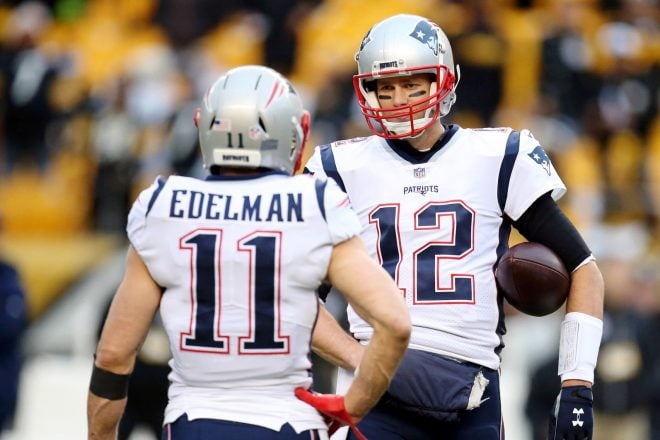 Clay Harbor may have had a short stint in Foxboro, but the Patriots left him with some memories that left a lingering impact on his football career.

Harbor appeared in just three games with the Patriots in 2016 before being released in early October, but during his stay, he couldn’t help but notice the intense work ethic of Tom Brady and Julian Edelman.

On Twitter earlier this week, Harbor shared a few observations from team meetings and practice.

Brady has won three league MVP awards, six Super Bowls, and four Super Bowl MVP Awards. He is a 14-time Pro Bowler has led the NFL in passing yards twice. Love him or hate him you have to admire this mans mindset and work ethic. #growthmindset https://t.co/Z4jj6tZhlE

When I signed w the Pats in 2016 the first thing I noticed about Tom Brady was how even after 16 years with the same team basically same offense, he was still in the front row of every meeting feverishly taking notes as if he was in algebra class the day before a test. #patriots

One more observation from my brief stint w the #pats was Julian Edelman’s work ethic. He would pay ball boys hundreds of dollars to get to the facility early before practice to throw him passes before anyone else showed up to just to make sure he was ready for the day. #uncommon