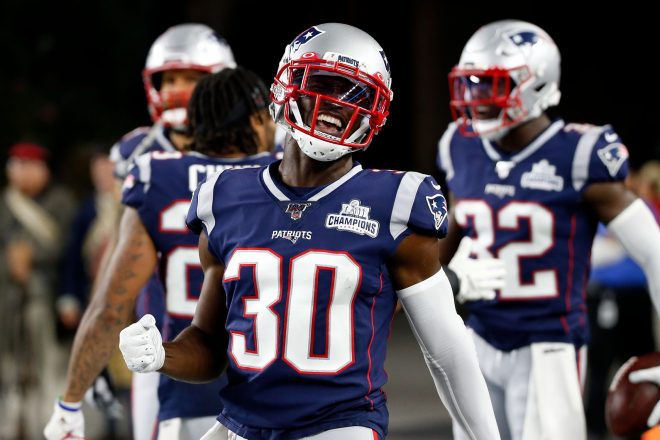 For the past two seasons, cornerback Jason McCourty has lived out part of his NFL dream playing alongside his twin brother Devin.

In 2018, the brothers made NFL history becoming the first set of twins to win a Super Bowl together.

On Instagram this week, Jason reflected back on their two years playing together as Devin enters free agency.

I’ve learned so much from this dude over the last 2 years!!! Getting a chance to witness him up close as a captain, a leader, and a playmaker has been a blessing. We dreamed of an opportunity like this one. We spoke it into existence mornings before our pop warner games. We laughed at the possibility after years in the league. Lining up together, sitting in the same meeting room, watching the kids run around together. I can’t thank you enough for being my biggest advocate in getting me here! I truly appreciate you bro and look forward to continuing our journey on the field in whatever manner that looks like! Love u bro #2isbetterthan1 (Jmac)

Devin, expects to play in 2020, but whether or not he returns to Foxboro remains to be seen.

“I definitely see me playing football next year,” McCourty said after the Wild Card loss to the Titans.

“I’ve had a lot of fun this year with this group of guys. Each year, we get young guys in here, get to stay in the locker room, mold (these) guys, tell them stories of my past 10 years and how much fun I’ve had,” McCourty said.

“So, I can’t see it happening, me not playing football next year. So, I think over time, I’ll take some time away from football and I think the rest will kind of work itself out. We’ll see how that goes, but I definitely plan to be playing.”

Quarterback Tom Brady later voiced his appreciation for the twins with a comment on Jason’s posting.

By: Mark Morse
Both games are in the books and we have learned about several players we have not seen play.  The practices leading up to the games…
12 mins ago