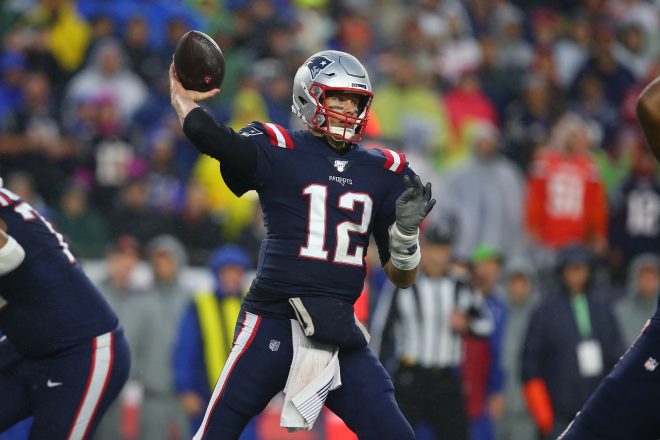 The New England Patriots are in the midst of a two-game losing streak and three in their last five, but quarterback Tom Brady remains optimistic the best is yet to come.

Brady looked to a quote from late rapper Mac Miller with his song “2009” as inspiration for future success.

“Whole team about to figure it out, ice cold that’s what winters about,” Brady wrote in an Instagram caption on Friday.

“Whole team about to figure it out, ice cold that’s what winters about”

During his Friday press conference, Brady was asked about the Instagram quote and how close the offense is to figuring it out?

“Every week, we’re just trying to learn from our mistakes and just put all the right things together. And hopefully, you know, just keep improving. Guys are working really hard, that’s been great to see and that’s what we’ve got to keep doing. Things just don’t happen magically. So, we’re working pretty hard at it.”

As the Patriots continue to learn from their mistakes, Brady also noted they also need to pay more attention to detail.

“You had really no option. We have a job to do and it’s to go out there and do the best job we can do and score as many points as we can and I don’t think it’s trying to be less than what we’re capable of,” Brady said.

“I think the point is, is we’ve got to maximize our potential, and I don’t know what our potential is. But we’ve got to be the best we can be and if we do it well one time, it’s how well can we do it consistently. Part of it is just consistently we haven’t done a great job, and I think that when you’re not consistent it just leads to other issues. So, trying to be consistent and dependable is what a great offense is all about. When you have really great playmaking ability, I think all those things make it very hard to defend.”

The Patriots will look to “figure it out” against a 1 win Bengals team in Cincinnati Sunday and two divisional home games to wrap up the regular season.