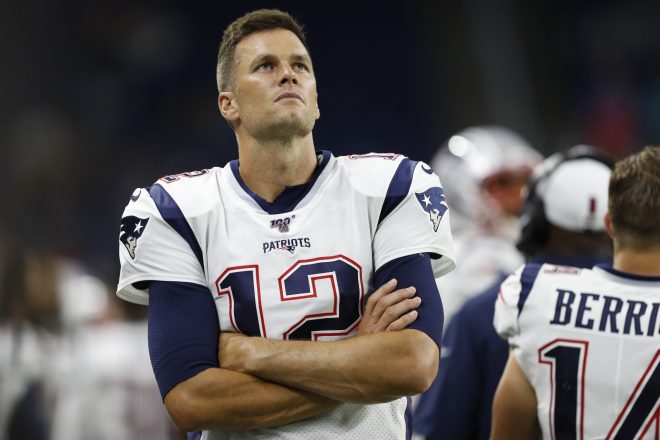 Frates passed away on Monday following a seven year battle with ALS, he was 34 years old.

In the years that followed his diagnosis, Frates became a key figure for helping raise awareness and money in an effort to find a cure for the disease.

Frates helped start the 2014 “Ice Bucket Challenge” viral videos which have brought in nearly $220 million dollars for ALS research since.

On Tuesday, Brady expressed his condolences in a reflection over Twitter.

“The only thing greater than his impact on ALS research was his impact on our community. Thank you for your strength and courage under the toughest circumstances. We lost a great soul yesterday, Rest In Peace, Pete.”

The only thing greater than his impact on ALS research was his impact on our community. Thank you for your strength and courage under the toughest circumstances. We lost a great soul yesterday, Rest In Peace, Pete. https://t.co/UabuDKarqY

Frates loved his New England sports teams, especially the Patriots, in 2014 he celebrated his 30th birthday at Gillette Stadium, with 60,000 of his closest friends.

Before the half, the entire crowd at @GilletteStadium sang happy birthday to @PeteFrates3!https://t.co/vHu42tbclW

New England, you guys can sing!!! Thank you all for the birthday wishes. 68,000 strong!

For more on Pete’s story or if you’d like to make a donation, check out PeteFrates.com

A hero and an inspiration to the New England community and beyond.

The Kraft family and New England Patriots extend our sincerest condolences to the family and friends of @PeteFrates3. pic.twitter.com/EJtkDftgMz

By: Robert Alvarez
Robert Kraft lends the Patriots team plane to the University of Virginia so its players can attend the funerals of fallen teammates.
6 mins ago

By: Robert Alvarez
Sideline mic'd up sights and sounds during the New England Patriots' Week 12, thanksgiving matchup with the Minnesota Vikings.
36 mins ago