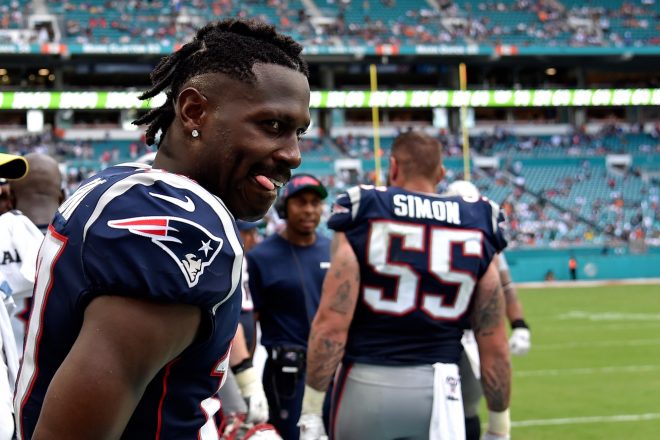 They say for some people, they’re their own worst enemy and that certainly appears to be the case for now-former Patriots receiver Antonio Brown.

The embattled, if you can really even call him that, receiver saw his tenure with the Patriots come to an end on Friday afternoon after new allegations came out, causing the team to decide to cut ties with him. A pattern of behavior was beginning to emerge and while nothing had yet been proven in court, the evidence appeared to be enough that the Patriots didn’t want to be a part of that journey.

The timing of the allegations against Brown, which began the moment he came to New England, were a topic of discussion that left many people questioning the validity of the accusations. After reportedly being caught off guard to begin with when this all started, the Patriots still clearly felt that it was worth at least trying to give him the benefit of the doubt based on whatever additional information they were given. 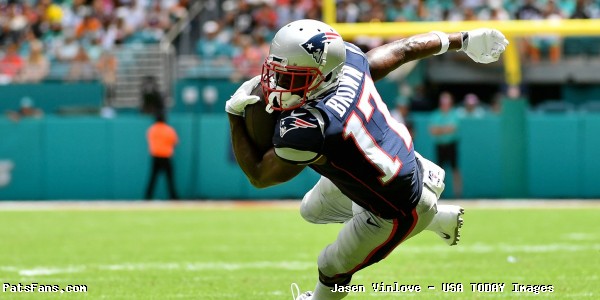 But Friday’s revelation was hard to ignore regarding the text messages allegedly sent by Brown, which coupled with the evidence against him, put him in enough of a light where it was clear there was more to this than many initially thought. While Brown made them better from a football standpoint, New England suddenly found themselves having to make a tough decision to cut ties with him and they wasted no time in doing so.

Bill Belichick said little Friday during his press conference but what he did say spoke volumes.

“I know there are questions about Antonio,” said Belichick to start the press conference. “We take all the situations with our team very seriously and there are some things that we are looking into.”

He said a lot by saying very little, revealing that they were bothered by the situation, which was telling. Rather than completely dismissing it and moving on to the Jets (he did later walk off the podium after the Brown questions persisted), it was obvious they may have believed there was more to the story than maybe had been aware of.

Not long after, the news came out that they had let him go.

Reports following the release indicated that both owner Robert Kraft and Belichick were united in the decision, which also tells you that internally the information they had gathered left them confident enough that parting with Brown was the right decision.

What’s crazy is the fact that prior to Friday’s report, Brown appeared as though he might make it through all of this from a football standpoint. Despite his allegedly disturbing pattern of behavior, it looked like the way the process had started to play out may have allowed him the opportunity to survive the season.

Unfortunately, rather than focus on football while letting things play out on their own through his legal team, Brown instead appeared to have taken things to the next level and reportedly sent some alarming texts to one of the accusers. While many will argue the severity of the words contained in those texts, it doesn’t change the fact that the mentality and intent behind them were troublesome enough where the Patriots couldn’t simply just look the other way.

As a result, that marked the end of Brown’s time with the Patriots and it will probably go down as a massive missed opportunity for a player who already looked completely different in this offense compared to when he was in Pittsburgh. Brown’s four receptions against Miami along with his touchdown were likely just a glimpse of what he was probably capable of. It’s just too bad that his decisions off the field ended his season before it ever got started.

Needless to say, when Brown looks back at this time he’ll hopefully realize he’s only got himself to blame. As for the Patriots, they didn’t need him to begin with and they’ll take the field Sunday against the Jets and then simply get ready for their next opponent, just like any other season.

Unfortunately for Brown and his impending legal troubles, he’s simply now on his own.