4 years ago at 8:40 am ET
Follow @IanLogue
Posted Under: Patriots News 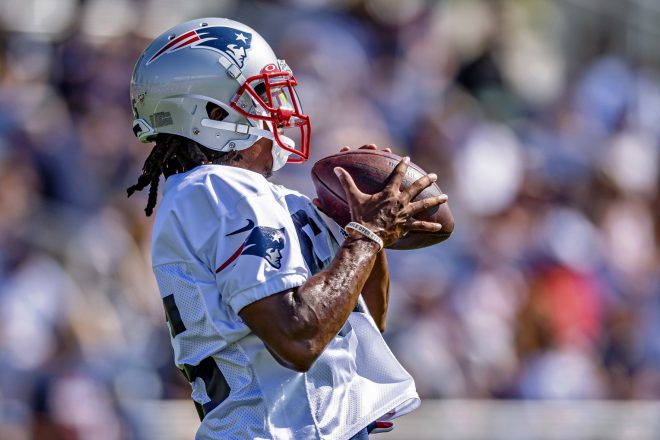 After a long offseason here in New England where it seemingly dragged on forever, the defending World Champs were finally back on the field for their first public practice of the 2019 Patriots Training Camp.

It was a busy day at Gillette Stadium as fans and media were on hand to get their first glimpse as the team took the practice field Thursday and here’s a full rundown of what we learned from the session.

PLAYERS WHO STOOD OUT:

N’Keal Harry – The rookie wide receiver made his presence known on Thursday, making a terrific touchdown grab close to the goal line from veteran quarterback, Tom Brady.  One of the things that seems to stand out is his athleticism, with Harry showing terrific quickness and good body control.  He went up after the football, leaping into the air and high-pointing several of Brady’s throws. He’s also a big player, with some saying that he has the build of a linebacker, which should make him a tough match-up for smaller defensive backs.  Coincidentally enough, the rookie, for now, is currently wearing #50. 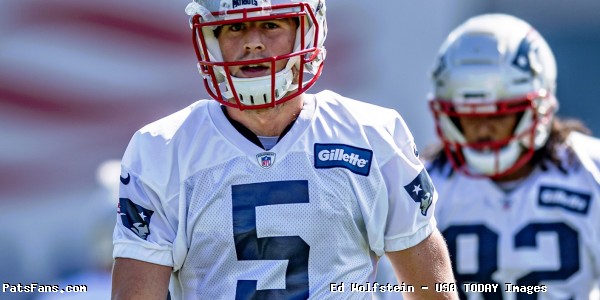 Danny Etling – Etling caught the eye of fans and media primarily because of the fact the quarterback was no longer donning a red jersey and was instead working at receiver.  Etling is a pretty athletic player, but all reports seem to indicate that he’s got a lot of work to do as he looks to establish himself at a new position.  It’s not out of the realm of possibility that he could someday contribute and if he’s willing to put in the work, given the speed he showed on his 86-yard touchdown last preseason, it could be fun to see how this develops.

Isaiah Wynn – He took reps at left tackle with the first team, but reportedly came off the field during the 11-of-11 portion of the workout as the team appears to be taking their time working him back in.  It was the first action he’s seen since rupturing his Achilles’ last preseason, with Wynn taking his first steps toward trying to hopefully restablish himself on the offensive line.  In Wynn’s absence, teammate Joe Thuney got the reps, along with Dan Skipper.  Obviously, knowing how critical that position is, this will be one of the more interesting positions to keep an eye on this preseason.

J.C. Jackson – Flashed again on Thursday, breaking up several passes and really doing a great job of blanketing each of the receivers he was covering.  After a strong finish last season, it appears he’s off to a good start here in 2019.

Stephon Gilmore – He was so good on Thursday that, according to multiple reporters, none of New England’s quarterbacks attempted a throw his way.  Gilmore remains a key component of the Patriots defense and so far, he looks like he’s in terrific form early in this training camp.

Ben Watson – For a player who is 38-years old, Watson certainly didn’t show it.  He showed terrific speed, including a nice grab up the seam for a big gain.  For a player who had seemed ready to walk away, all indications seem to point to the fact he still has something left as the Patriots try and move on from Rob Gronkowski.  Watson got a fair amount of work in Thursday, including some red zone work on goal line throws with Brady on the adjacent field. 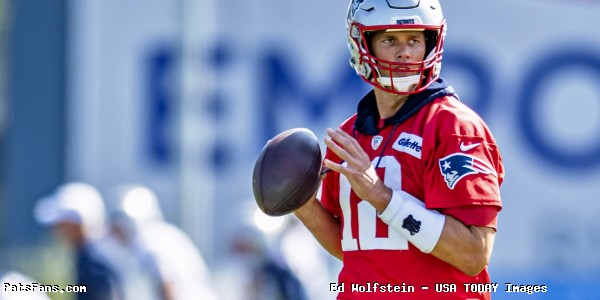 Tom Brady – For anyone looking for a drop-off in play, Brady hit the field with the same intensity he’s always had.   The veteran quarterback looked just as sharp as ever as he gets set to begin another season, picking apart the defense and spreading the football around to quite a few players.  While the defense did pick him off twice, Brady won the rest of the time and looks like a player ready to make another championship run.

Braxton Berrios – Berrios had a nice day on Thursday, showing off his speed and quickness but also saw himself lose a battle against defensive back Jonathan Jones, who out-leaped Berrios to pick off a pass attempt from Brady, and also had another pass broken up.  Berrios was also among players who also saw work returning kickoffs.

Ryan Davis – The undrafted rookie wideout had a few nice moments on Thursday, including a fantastic reception in the back corner of the end zone where he caught a perfect throw from Brady on a fade route for a touchdown.  It’s always fun to see undrafted players succeed and earn a role for themselves and while it’s still early, Davis appears to be off to a nice start.

Jonathan Jones – Jones made his presence known on Thursday, finishing the day with several pass break-ups on a day where he was blanketing his opponents and making their lives difficult.  Jones also finished the day with an interception against Brady, which came during his aforementioned match-up against Berrios.

Jakobi Meyers – Made some nice grabs during Thursday’s session, seemingly picking up where he left off back in minicamp.  Like Davis, Meyers seems poised to try and compete for a role and it will be fun to see if he can maintain this level of play over the next month.

According to the team’s website, the Patriots will hold their next session Friday morning at 9:15am.