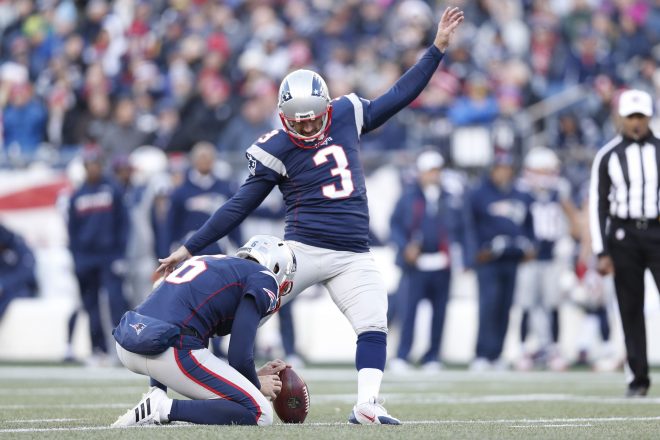 Locked, Stocked and Plenty of Depth

The Patriots head into training camp at the end of next week and there should be no shortage of competition at a number of spots. As a lead-in to the beginning of camp, we’ll break down the positions and give our take on who is a lock, a near lock for the 53-man roster and who is on the bubble. And now, finally, we’re on to the Special Teams.

So next up is the Patriots’ Special Teams. Without any serious challengers for the three players involved in the kicking game (kicker, punter, long-snapper), it would be hard to say they’re not locked. Where things get interesting is in the specialists and we’ll cover that below.

Roster Locks: Stephen Gostkowski, Ryan Allen, Joe Cardona, Matthew Slater
The team brought in no competition for the three players most involved in the kicking game this summer. That tells you a lot about the confidence that they have in each of these players.

Gostkowski had a downer of a season for him making only 84.4 percent of his field goals (27 of 32) and missing three extra points (46 of 49) which had always been automatic with him. He missed two more extra points in the playoffs which could have resulted in a disaster had the Patriots not made a pair of two-point conversions in the Super Bowl comeback.

But one area of his game that is outstanding is his kickoffs. The Patriots were very good at pinning opponents back inside their 25-yard line or better during the season with the changes to the touchback rule. And Gostkowski had that developed into an art form, angling his kicks on one side of the field near the corner of the end zone.  But although the team didn’t bring in competition (surprising as it is), he’ll have to be more accurate this season. 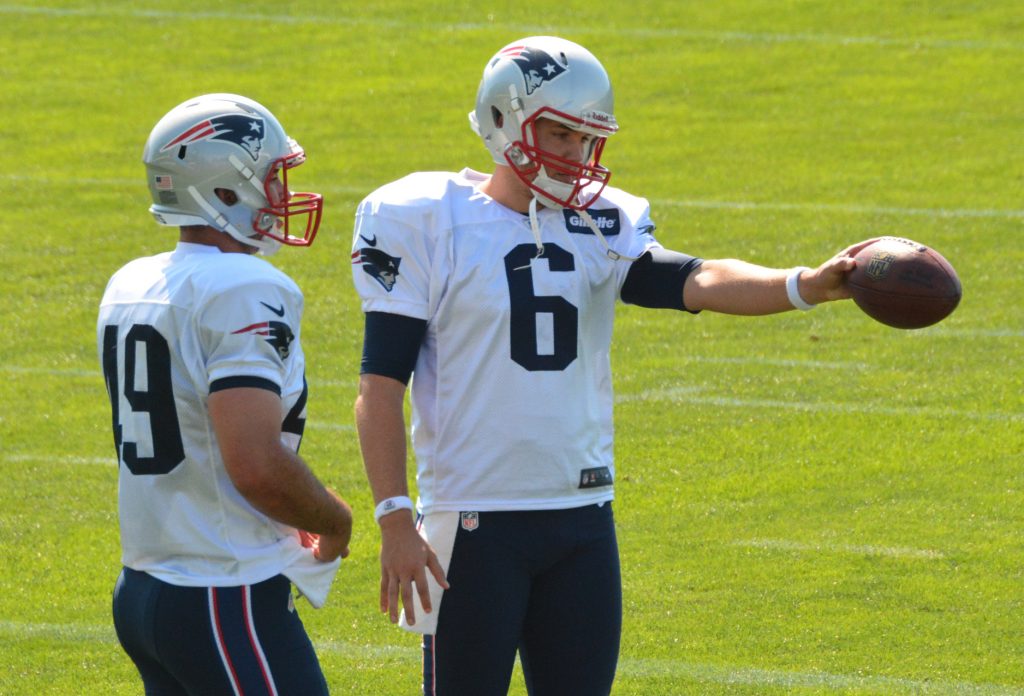 Ryan Allen is coming off his career best in terms of net yardage (41.4), the fifth-year veteran has been very dependable and steady on holding for Gostkowski and his directional punting has gotten steadily better.

He was at his best during a 27-0 whitewashing of Houston. That night Allen put six punts inside the 20-yard line pinning the Texans deep all night. His seventh punt? Downed right at the 20. He was awarded and deservedly so the AFC’s Special Team’s Player of the Week for that.

Cardona has been juggling his duties with the Navy while being a long-snapper with the Patriots for the past two seasons. He’s been very accurate with his snaps and very few have been off-target, especially with the field goals and extra points. With his position, the only time we really notice him is when he makes a mistake. And he’s made very few during his tenure.

Matthew Slater is a team captain, a perennial All-Pro gunner on the Special Teams and one of those indispensable character guys every successful team has. He’s frequently mentioned a tremendous locker room presence.

Mike Reiss from ESPN recently highlighted how when the rookies arrived, the coaches told them that Slater was a good example to follow. UDFA Austin Carr sought him out and Slater has taken him under his wing. One of the highlights of last season was a very emotional Slater talking with Bart Starr’s wife when he found out he’d been named the recipient of the award in Starr’s name.  Slater enters his 10th year in the league and is locked.

Near Roster Locks: Nate Ebner, Brandon King
Two of the safeties that the Patriots carry make their bones on special teams. Ebner was allowed to chase his dream of an Olympic gold medal in Rugby last training camp and the coaches wore Ebner shirts to practice in support. That speaks volumes.

Ebner played a mere 18 snaps at strong safety in 2016. But he remains a core special teams’ player and his role isn’t changing anytime soon. He played on all four core STs and was on the field for approximately 80 percent of the snaps in 2016. He serves as Allen’s punt protector….and they haven’t had any blocked. 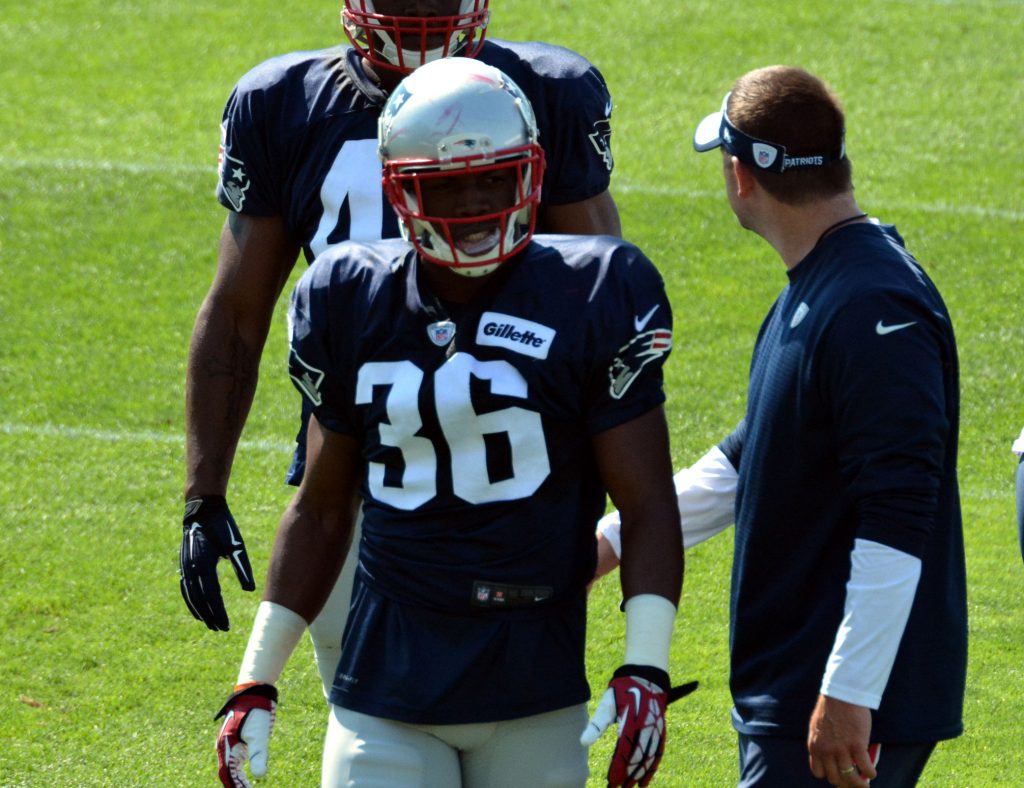 King didn’t play a single snap on defense in 2016 but is nearly a lock for the roster due to his superb play on Special Teams. The Patriots signed the UDFA in 2015 and we saw right away that the team was intrigued. STs coach Joe Judge spent an incredible amount of one-on-one time with the rookie and he’s been a fixture on the STs since.

On the Bubble: None

Very little looks to change with the Patriots special teams in 2017. They have a really solid base with two very good kickers, a reliable long snapper, and three impressive special teams’ mavens. The kicker, punter, and long-snapper don’t have any competition this summer so they’ll not be sweating training camp wondering if they’ll make the roster.

And the three specialists really have little to fear this year as well. Any newcomer will have to really step up to the plate to unseat one of these three. If a new player is to make the team, they’ll probably have to bump one of the positional players.

Barring injuries, this unit is solid and ready to go for the 2017 season.