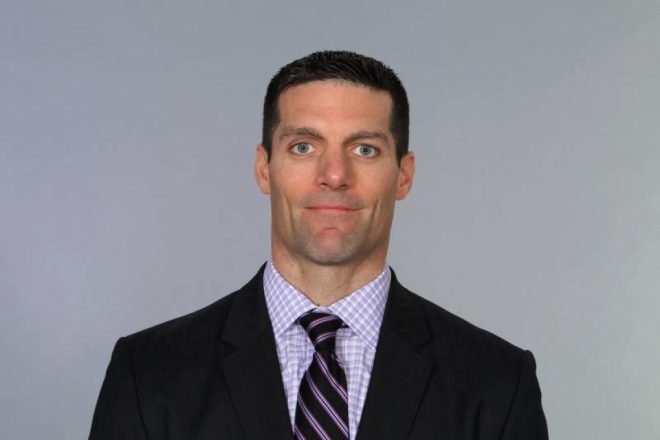 The New England Patriots have filed tampering charges against the Houston Texans for attempting to hire team executive Nick Caserio as general manager, according to ESPN’s Adam Schefter on Wednesday.

Schefter reported that the NFL is expected to gather relevant information and open its own investigation against Houston. The league will look into this situation and try to determine whether any tampering was done and if so, what punishment is appropriate.

At the center of the controversy is former Patriots character coach Jack Easterby, who left the team this spring and is working for the Texans now. Easterby was at Robert Kraft’s home on Thursday night for the Patriots ring ceremony. It is rumored that while there, Easterby made overtures to Caserio about the Texans GM position.

The next day, the Texans fired general manager Brian Gaine after just one season on the job. Caserio, who has been New England’s director of player personnel since 2008, once again became Houston’s leading target. Houston tried to hire Caserio last spring and asked for permission to interview him, but the Patriots blocked that attempt.

Caserio is close with both Easterby and Houston head coach Bill O’Brien who was a member of the Patriots coaching staff from 2007-2011.

Pro Football Talk took it one step further stating on Twitter that:

So, if the rumors are true, how did the Patriots find out that Easterby was beginning the pursuit of Caserio again by Houston? Were they overheard? Did Caserio report it himself? (doubtful). It adds another layer to the intrigue.

The NFL’s policy on tampering is stated as “Any interference by a member club with the employer-employee relationship of another club or any attempt by a club to impermissibly induce a person to seek employment with that club or with the NFL” is impermissible.

Bill Belichick has stated many times that what Caserio does is far beyond his scope as just the Director of Player Personnel.

“He’s certainly involved in all of the personnel aspects of his job, college, pro, free agent workouts, waiver, everything,” Belichick said back in 2017. “But you throw all of the coaching stuff on top of that, the week-to-week role in the press box and on the practice field. I mean, he does a tremendous amount. I can’t think of any other personnel person that would even come close to that. I don’t know who it would be. I don’t know what everybody else does, but I don’t know anybody.”

The league rules state that a team can’t block a person from interviewing for a position that is above their current level. The Patriots will take the stand that Houston’s GM position is, in essence, a lateral move, which by Caserio’s job title only, it is not.

As both Mike Reiss (ESPN) and Doug Kyed (NESN) have stated, the one way the Patriots can block this is to give Caserio a promotion and a raise that would pay Caserio to the level more consistent with the duties.

While the Patriots as a whole tend to eschew personal job titles, (see offensive/defensive coordinator roles), this might be the perfect time to reverse that trend for Caserio, who is very deserving. And a healthy jump in pay would sweeten the pie as well.

The team can ill-afford to lose Caserio at this juncture of the season. Give him the title (as Kyed suggested) of VP of Player Personnel and a raise, which would elevate him to the level of a GM. That will keep Caserio around for the foreseeable future and create an ascendancy plan for when Belichick decides to retire.

But in terms of Easterby and O’Brien, the reception they get in Foxboro from here on out may not be as warm as before. C-ya in December.