3 years ago at 6:33 am ET
Follow @SteveB7SFG
Posted Under: Patriots News 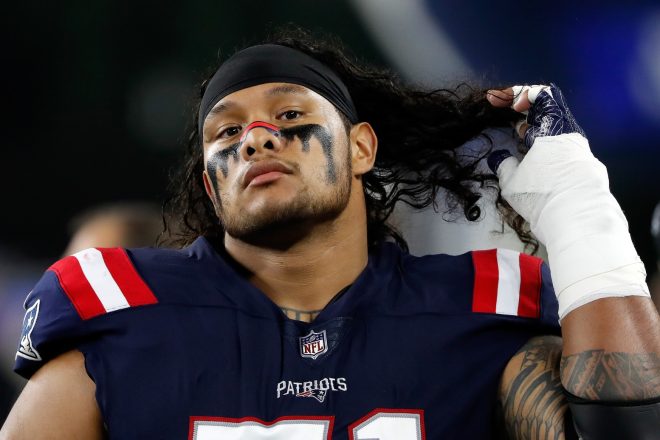 The Patriots have been much more active it seems in the May portion of Free Agency than they were earlier this spring. They signed DT Danny Shelton to a one-year which will add depth to their defensive line, first reported by Field Yates of ESPN.

A 6’2, 345-pound run-stuffing interior lineman, Shelton was acquired by the Patriots in trade in March of 2018 for a fifth-round draft pick. He played in 13 games and had 21 tackles. He was a healthy scratch for three straight games in Weeks 13-15, where the Patriots struggled to contain the run.

He appeared in two of the Patriots post-season games (scratched against KC), and made two tackles and generally played very well. The Patriots declined the fifth-year option for Shelton which made him a free agent. That would have paid him over $5 million.

He was drafted by the Browns in the 1st round of the 2015 NFL Draft (12th overall) out of Washington. He never blossomed into the player Cleveland hoped he would and was considered expendable and was dealt to the Patriots. In his three seasons with the Browns, he appeared in 46 games, starting 45, and notched 128 tackles and 1.5 sacks.

Shelton’s addition gives the Patriots two large run-stuffing tackles (he and Mike Pennel) and two interior disruptors Lawrence Guy and Adam Butler. The team also has David Parry and this year’s fifth-round draft choice Byron Cowart. He was brought in by Cincinnati early in free agency for a visit but wasn’t offered a contract.

In a corresponding move, the Patriots released OL Jake Eldrenkamp who they signed earlier this season. Originally an UDFA signed by the Rams in 2017, the 6’5, 305-pound Eldrenkamp spent time on the Rams and Browns practice squads the past two years.