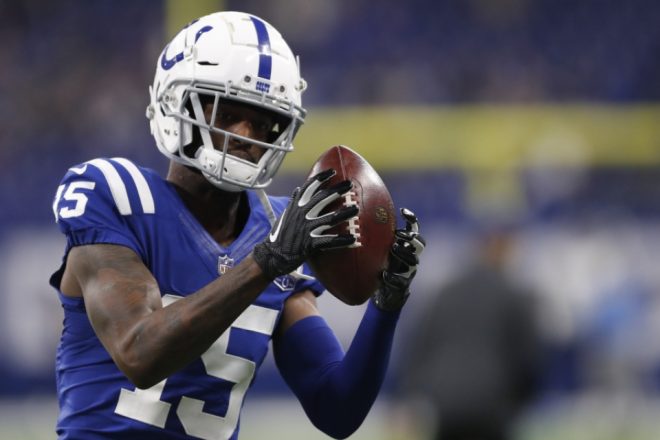 PThe Patriots brought in free agent WR Dontrelle Inman for a visit and despite the player reportedly having offers from four other teams on the table has agreed to sign with New England.

Inman, 30, has plenty of experience. After having gone undrafted after the 2011 draft, played two years in the CFL and won a Grey Cup with Toronto. He also played with the Chargers, Bears, and lastly with the Colts. He appeared in nine games with Indy in 2018 and had 28 catches for 304 yards and 3 touchdowns. He added eight more catches for 108 yards and a touchdown in the Colts two playoff games.

His best season was in 2016 with the Chargers where he caught 58 passes for 810 yards and 4 touchdowns. Like many of the new additions to the Patriots receiving corps, Inman brings good size at 6’3, 205 pounds.

Inman got positive reviews from Colts head coach Frank Reich who also worked with Inman with the Chargers for his work ethic, leadership, and his football I.Q. Added in midseason, he developed good chemistry with QB Andrew Luck and he quickly became a trusted target in the Colts offense.

In the final four games of the year for the Colts, Inman notched 17 catches for 231 yards and three touchdowns. He locked down the Indy #2 WR position behind T.Y. Hilton

After the Patriots jettisoned Bruce Ellington earlier this week, bringing Inman in on a one-year deal makes sense. We mentioned a few times this week, that we could see an additional veteran WR being added to the team would make sense and Inman will have an opportunity to create a role for himself.

How they plan on using him as of yet is unknown but they have brought in plenty of players who can compete. Especially with Thomas coming off a serious injury and probably is not going to be ready for the season and with Gordon being indefinitely suspended