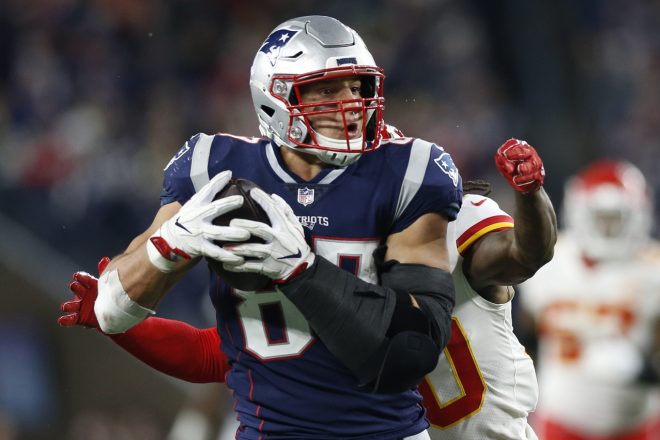 On April 9th 2019, the New England Patriots visited Boston’s Fenway Park for a championship celebration for the ages.

The Red Sox, who also brought Boston a championship just four months prior to the Patriots Super Bowl title, were guests to the teams opening day ring ceremony.

Since 2001, the Red Sox and Patriots have combined for 10 championships in 13 title rounds.

What most didn’t know, was a funny story happened on that memorable day involving the now-retired Rob Gronkowski.

Angelique Fiske of Patriots.com shares the story of an unfortunate incident that left one of the six Lomabrdi trophies looking a bit dinged up courtesy of Gronk.

So check out how Gronk ended up “leaving his mark” on the Patriots sixth Lombardi trophy in the video below.

A few Patriots (and Gronk’s girlfriend) shared some funny reactions.

By: Robert Alvarez
Patriots Chairman and CEO Robert Kraft is honored by two organizations for his charitable and humanitarian work.
21 mins ago