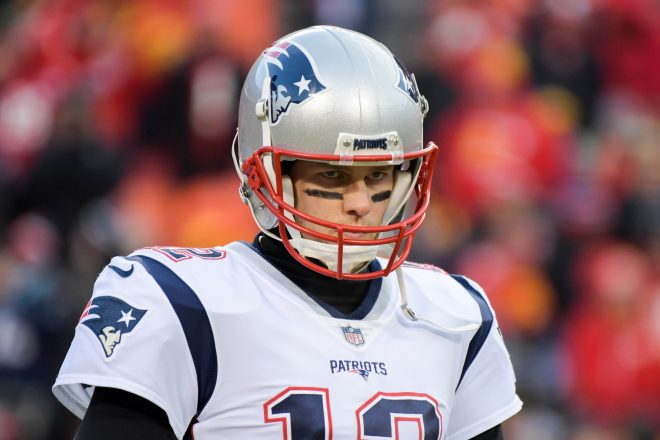 On April 16th 2000, the New England Patriots selected Tom Brady with the 199th overall pick (6th round) in that years NFL Draft.

At the time, nobody could have foreseen the career Brady would end up having.

During his rookie season, Brady was third on the Patriots depth chart behind Drew Bledsoe and Michael Bishop.

On Instagram Tuesday, Brady had some fun at his own expense with a throwback picture from the 2000 draft that saw six quarterbacks taken before him.

The Patriots shared some of Brady’s best moments from his career through the eyes of Steve Mariucci, Mel Kiper Jr. and his father, Tom Brady Sr.

Also check out the original conference call Brady had with the media following his selection.