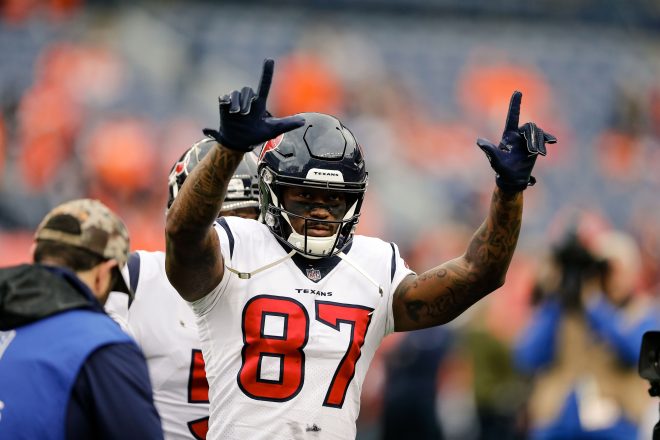 On Tuesday the New England Patriots added another piece to their receiving corps when they signed former foe Demaryius Thomas to
a one-year deal worth up to $6 million dollars.

After spending the first nine and a half years of his career with the rival Denver Broncos, Thomas played with the Houston Texans halfway through 2018.

On Wednesday, Thomas reacted to the signing by sharing a photoshopped image of himself in a Patriots uniform.

The Patriots attempted to trade for Thomas during last seasons trade deadline but he wound up in Houston for a fourth and seventh round pick in 2019’s draft.

Thomas played in seven games for the Texans in 2018 before tearing an Achilles tendon that ended his season.

How Was This Article?
Posted Under: Patriots News
Tags: Demaryius Thomas