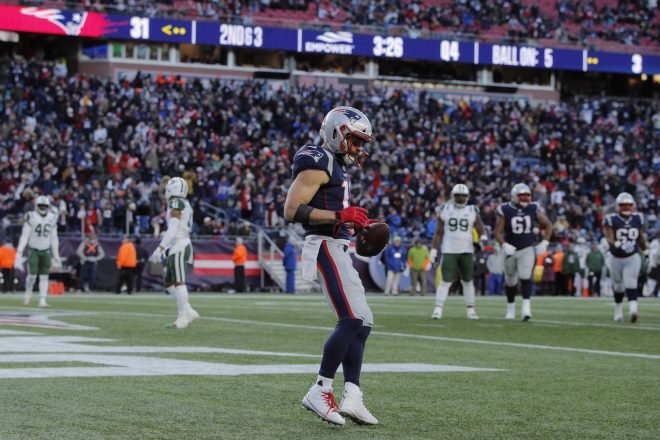 The offseason workouts for the 2019 season have officially begun for Super Bowl LIII MVP Julian Edelman.

On social media this week, Edelman was spotted training in Miami with friend, former teammate, and police partner Danny Amendola.

The receiver duo were teammates on the Patriots from 2013-2017, Amendola recently signed a one-year, $4.5 million contract with the Detroit Lions. He spent his 2018 season with the Miami Dolphins.

The Patriots showed interest in a reunion with Amendola before Free Agency opened, but he ultimately choice to join up with Matt Patrica’s squad in Motown.

How Was This Article?
Posted Under: Patriots News
Tags: Danny Amendola Julian Edelman