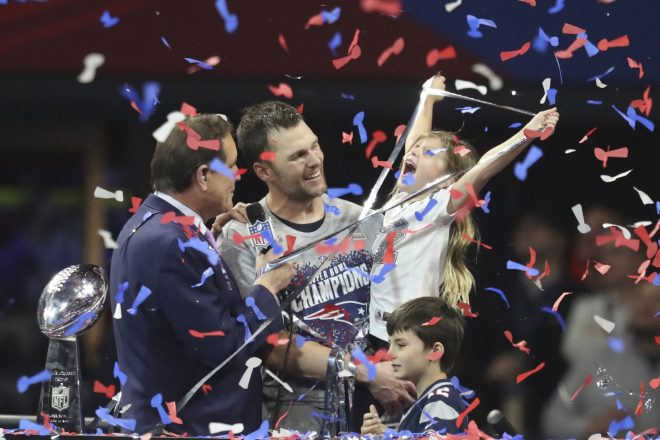 The opportunity to relive all the highlights from the New England Patriots 2018 championship will soon be available for purchase.

A trailer for the championship film was released on YouTube by NFL Films and entertainment company Cinedigm.

Unlike the Patriots produced “Three Games To Glory” series which emphasizes playoff games, the NFL film recaps the full season.

According to Boston.com, bonus features will include Super Bowl Opening Night, post-game ceremonies, and various 2018 NFL shots and sounds.

The official DVD is available for pre-order on NFLShop.com and iTunes.

The film will be available starting March 5th.

By: Robert Alvarez
The Patriots Announce Date of the team Hall of Fame induction ceremony for Richard Seymour and Tracy Sormanti.
3 days ago

By: Ian Logue
With training camp now looming, the vast majority of remaining players are set to arrive at Gillette Stadium on Tuesday, with players set to go…
4 days ago