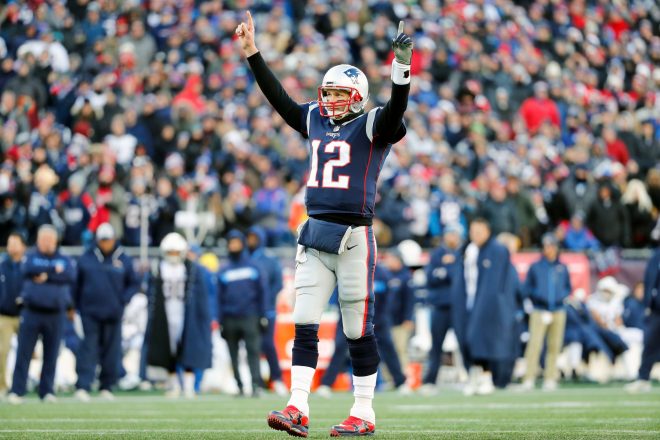 The New England Patriots entered the AFC Divisional Playoffs against he Los Angeles Chargers seeking to continue their long standing success against the franchise under quarterback Tom Brady.

With a win, Brady would move to 8-0 lifetime against the Phillip Rivers led Chargers and advance to the AFC Championship game for the eighth consecutive season.

In the first quarter, the Patriots got the ball first and immediately got to work with the running back corps.

A one-yard run by Sony Michel put the Patriots up 7-0 early after an impressive seven minute drive.

However the Chargers would respond quick after this breakdown by the Patriots secondary.

Seven all thanks to a 43 yard pass from Philip Rivers to Keenan Allen.

It would be the last mistake Gilmore would make all game.

Looking to regain the lead, Sony Michel continued to tear up the Charger defense for his second score of the quarter. 14-7 Patriots after one

In the second quarter, the Patriots began to pull as Brady found Phillip Dorsett for a 21-7 lead.

A career high 40 yard run by Michel setup the Patriots fourth touchdown of the half. A 28-7 Patriots lead midway through the second.

After four scoring drives to open the game, the Chargers defense finally forced a punt, only to immediately give it back to the Patriots.

Who else but Sony? The running back would cash in on the turnover for his third touchdown of the half an unprecedented 35-7 Patriots halftime lead.

The 35 first half points tied a franchise record set in the 2011 divisional round against the Tim Tebow Denver Broncos.

While the Patriots defense continued to keep the Charger offense off the field, Brady continued to attack their defense.

A Stephen Gostkowski 38 yard field goal pushed the lead to 38-7.

A Melvin Gordon touchdown gave the Chargers their second touchdown of the game to make it 38-14 Patriots after three.

A Stephen Gostkowski 30 yard field goal made it 41-14 Patriots to open the fourth quarter.

With the Patriots leading by 27, Gillette Stadium broke out in song led by Jon Bon Jovi.

Phillip Rivers found Virgil Green for six and converted a two point attempt to make it 41-22 with seven minutes to go.

With the Chargers still trailing by multiple scores, Rivers found his old tight end Antonio Gates for an eight yard touchdown in what may be his final NFL game.

The Chargers failed to convert a two-point attempt as the Patriots took over to put the game away on a few kneel downs.

The New England Patriots advance to their eighth consecutive AFC Championship game in Kansas City against the Chiefs next Sunday night.