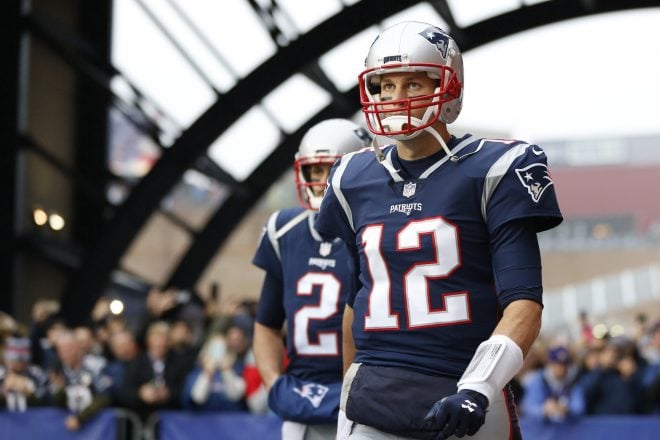 The New England Patriots entered their Week 13 matchup with the Minnesota Vikings looking to keep pace with the Kansas City Chiefs for the top seed in the AFC Playoffs and continue their December dominance into another season.

The Patriots came in at 8-3, while the Vikings, who continue to battle for an NFC Wild Card spot, were 6-4-1.

Rage, rage against the dying of the light. #LFG

Ben “Winter” Coates in the house. Before Gronk, there was Ben. pic.twitter.com/8s9twrCFz3

Willie McGinest and Ben Coates hanging out and catching up on the side lines… #Wbz #Patriots pic.twitter.com/EDfGpHxRfP

In the first quarter, the Patriots struck first from an unlikely source, fullback James Develin carrying the ball in from the one for a 7-0 lead.

FULLBACK DIVE! James Develin gets into the end zone for the touchdown! #MINvsNE #Patriots pic.twitter.com/4NmfLSevx6

Coming into the season, Patriots FB James Develin had 1 touchdown in his 5-year career.

With his 1-yard score on the Patriots opening drive, Develin now has 2 TD in his last 3 games.

Another week, another new Tom Brady milestone, and this one was a long time coming.

A Brady five yard gain to put the quarterback over 1,000 rushing yards for his career.

So we feel like it's time to finally bestow this title:

4,582 = number of additional games Tom Brady would need to pass Emmitt Smith as the #NFL's all-time leading rusher, at his current pace.

The score remained 7-0 Patriots after a quarter as kicker Stephen Gostkowski added to the lead with a 20 yard field goal to extend it to 10-0 midway through the second.

Despite the Patriots having full control of the game and time of possession, the offense struggled to pull away and the Vikings got back in the game with an Adam Thielen touchdown reception. 10-7 Patriots at halftime.

The score was made possible by a gutsy third down challenge call by Vikings head coach Mike Zimmer.

Zimmer's challenge worked out for him. Patriots stopped on third down, and the Vikings will have the ball with 2 minutes remaining in the half.

In the third quarter, former Viking Cordarrelle Patterson tormented his former team with a big gain.

Unfortunately the Patriots offense continued to scuffle as the Vikings would tie the game at 10 with a Dan Bailey 39 yard Field Goal.

…and ties Brett Favre (508) for the third-most regular season TD passes and Peyton Manning (579) for the most touchdowns overall (including postseason). #MINvsNE | #GoPats pic.twitter.com/nHPQ7hWURN 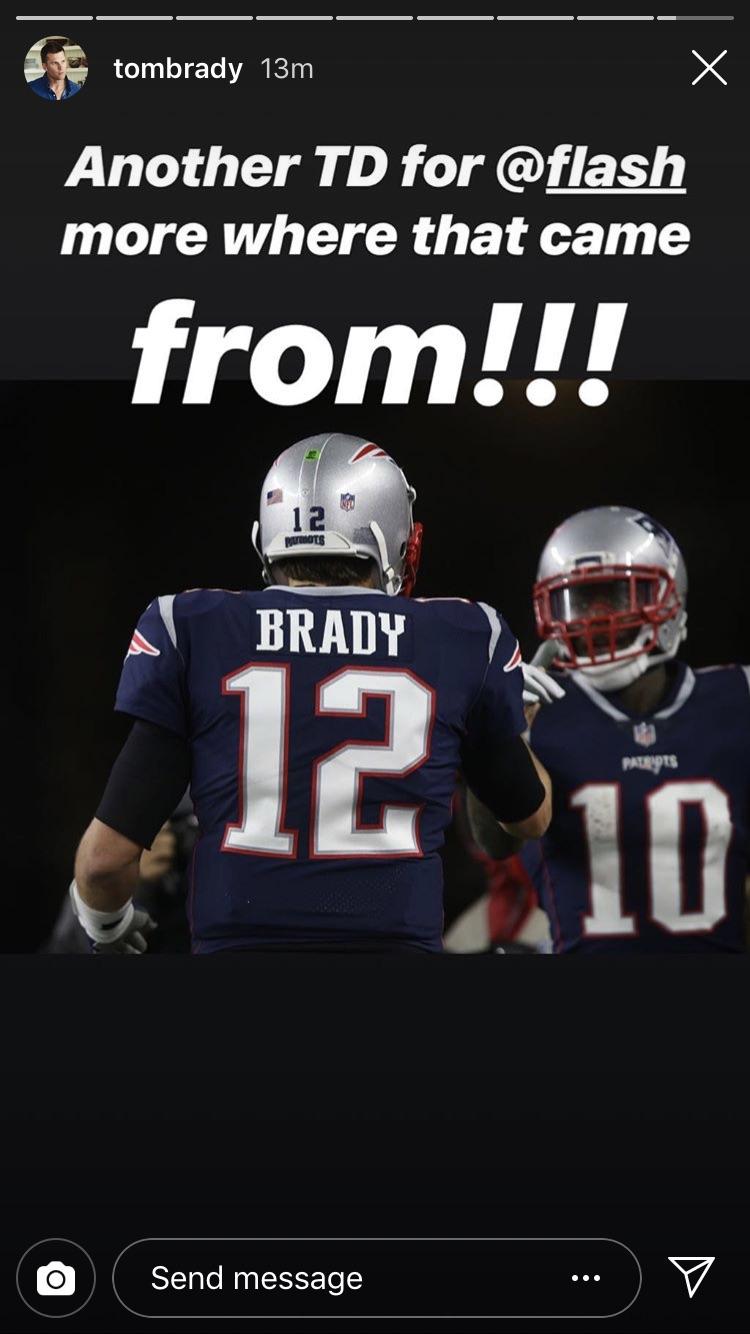 Such a huge fan of the Josh Gordon comeback campaign.

Leading by seven into the fourth, the Patriots defense continued to dominate the Kirk Cousins offense.

With 11 minutes to go in the game, the Patriots offense padded their lead when James Develin again scored to push the separation to 24-10.

Of all of Belichick’s oddities and habits, nothing beats him keeping his challenge flag in his sock.

From the lip-reading department:

Bill Belichick (looking in Thielen's direction): "Shut the f— up."

Bill Belichick and Adam Thielen get into a shouting match during #MINvsNE pic.twitter.com/jL70vF175D

Under five to play, the Patriots defense forced two big turnovers to end the Vikings night and a 24-10 victory.

Duron Harmon's interception is his 11th in the fourth quarter since 2013 (includes playoffs), which ties Richard Sherman for most in NFL during that span.

By beating the Vikings, the Patriots extended their own NFL record for most consecutive winning seasons to 18 straight (2001-2018), the team also moved to 9-3 through 12 games, for the 13th time under Bill Belichick and the eighth-straight year that the team has started the season with a 9-3 or better record.

Seven of those 13 times, the team has advanced to the Super Bowl.

The Patriots will travel south to take on the 6-6 Miami Dolphins at 1:00 next Sunday.

Shout out from the multi-TD scoring fullback, @jdevelin!

The #Patriots defense hasn't allowed a 300-yard passer in five games. They haven't allowed a 100-yard rusher in NINE games.

Not many terrible defenses doing that…