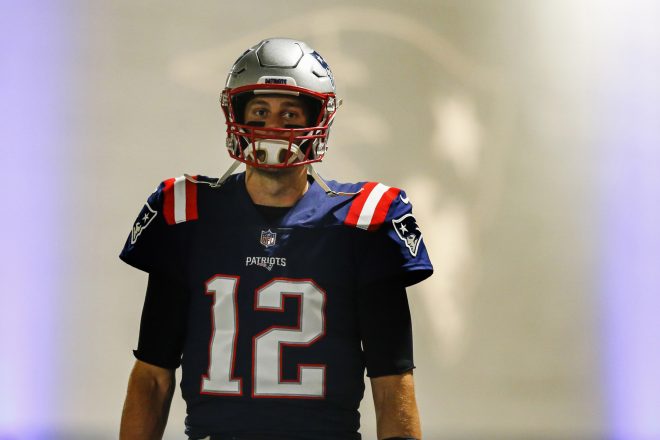 It didn’t take Tom Brady long to turn his attention to the New York Jets.

On Instagram Monday night, Brady shared a photograph of himself with center David Andrews accompanied by a caption that read “……We Keep Going!! #ontothenext”

Brady and his Patriots have two weeks to prepare for a bounce back game against their division rival as they enter a week 11 bye.

Despite losing by 24 to the Tennessee Titans Sunday, Brady stayed optimistic during his weekly appearance on WEEI’s Kirk and Callahan morning show;

“We made some big plays, and then we went backwards, made some big plays and then went backwards,” Brady continued. “I think a good offense has to go through everybody, there are a lot of players that have to make plays when your number is called, utilizing everybody that’s available. Hopefully with the bye week everyone can get healthy, really reinvigorate themselves and come back and we’ll see what we can do.”

Historically under Bill Belichick, the Patriots have been one of the NFL’s best teams in games following the bye week. Since 2001 they sport a 13-4 record after a week off. They’ll look to improve that mark against a Jets team that lost by 31 to the Buffalo Bills this past weekend.