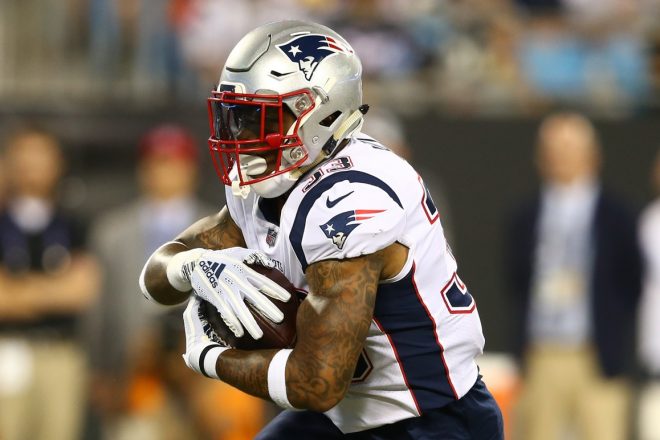 Had a successful acl reconstruction today road to recovery has officially begun. Thanks for your prayers and good wishes.

Hill sustained a torn ACL during the Patriots week 1 victory over the Houston Texans that ended his 2018 season. The injury marked the second consecutive year Hill’s season ended prematurely. He was also placed on injured reserve in November 2017 with an ankle injury.

The Patriots have struggled with injury problems all season at the running back position. Hill joins teammate Rex Burkhead (neck) on injured reserve, and rookie Sony Michel has missed the past two games with a knee injury.

As it presently stands James White and Kenjon Barner remain the only healthy running backs on the depth chart. However a report by ESPN’s Adam Schefter has Michel “likely” returning for the Tennessee Titans.

How Was This Article?
Posted Under: 2018 Patriots Regular Season
Tags: Jeremy Hill

By: Ian Logue
New England Patriots news for 6/24 along with NFL notes.
31 mins ago

By: Ian Logue
The Patriots tied up some loose ends after getting Cole Strange, Tyquan Thornton, and Bailey Zappe each under contract on Thursday.
15 hours ago