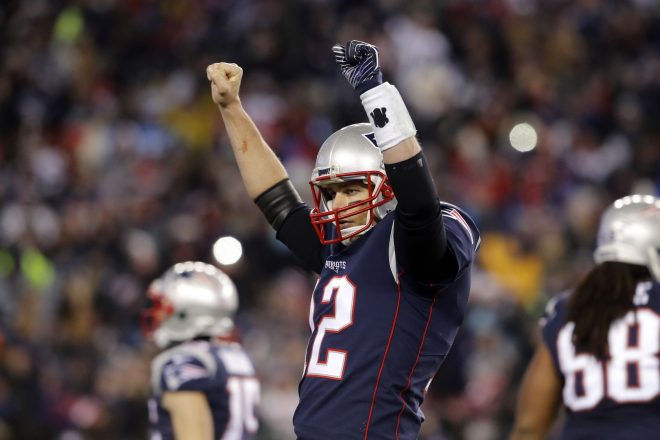 The New England Patriots will meet the Houston Texans at Gillette Stadium in Foxboro. Kickoff is scheduled for Sunday afternoon at 1:00 p.m.

This week’s game will be televised by CBS and can be seen locally on WBZ-TV Channel 4 in Boston. Their top announcing crew will cover the game with Jim Nance, who will handle play-by-play duties with Tony Romo as the color analyst. Tracy Wolfson will work the sidelines. The game will also be aired on the Patriots flagship radio station 98.5 The Sports Hub with Bob Socci and Scott Zolak on the call, produced by Marc Capello.

The Texans (4-12 in 2017) are healthy and looking to get back in the playoffs. They have a lot of their starters returning healthy after a disastrous 2017. Deshaun Watson was off to an electric start of his career before being placed on IR. They are looking to win in New England for the first time.

We here at PatsFans.com are continuing our “Razor’s Edge” column in 2018 to give some quick analysis on some of the key matchups of the game and what you can look for in how the game plays out.

The Patriots and Texans will be meeting for just the 11th time as Houston entered the league in the 2002 season. The Patriots hold a 9-1 advantage in these contests while holding a perfect 5-0 advantage at home, including a pair of playoff wins over the Texans in Gillette.

The Patriots needed a vintage 4th quarter Tom Brady drive to beat Houston 36-33 last year in Week 3. Deshaun Watson was outstanding under center for Houston, passing for 301 yards and a pair of scores and the defense sacked Tom Brady five times.

Despite that, Brady passed for 378 yards and five touchdowns in the huge comeback win. The Pats defense didn’t have a great day but produced two interceptions of Watson.

So here are our Keys to the Game, and who gets the Razor’s Edge in the matchups. First up is the New England offense…

The Patriots running game once again made big changes during the offseason. Dion Lewis, Mike Gillislee and Brandon Bolden are gone. Jeremy Hill is in with James White. Sony Michel and Rex Burkhead have knee injuries and while they’ve been practicing again, it is probably doubtful both plays this week.

The Texans front seven is very good and despite the myriad of injuries they suffered last season, they were very good (13th) against the run. The Patriots could only muster 59 yards a year ago. Can Hill and White muster more than that? We say no this week.

The Patriots passing game is thin at WR with only four on the roster plus Matthew Slater. But here’s where the chess match gets interesting. The Texans have a ridiculous plethora of pass rushers, J.J. Watt, Whitney Merciless, Jadeveon Clowney as well as promising rookie Duke Ejiofor and sacked Brady five times last year. But Brady torched them across the middle of the field to the tune of 378 yards a 5 TDs.

Look for lots of two RB, and two TE sets to offset the lack of WRs. James White and Rob Gronkowski will be moved around a lot in motion, splitting out wide to get favorable matchups. Houston has two new safeties, Tyrann Mathieu (Honey Badger) and converted corner Kareem Jackson who are 5’9 and 5’10 respectively. Look for Brady to test them in coverage against the much bigger Gronkowski. Burkhead, if he’s available is the “X-Factor” for the Patriots passing game.

Next up the Houston offense

Lamar Miller remains the workhorse for the Texans running game. He lost weight in the offseason to get back some of the explosiveness that was missing a year ago. However, second-year RB  D’Onta Foreman is on PUP for the Achilles he suffered last year. Watson burned the Patriots last year with his ability to scramble. After barely playing in the preseason, will he be given the green light to do it again?

The Patriots made some changes up front from last year, bringing in Danny Shelton who should anchor down the middle, in a rotation with Lawrence Guy, and Malcom Brown. Dont’a Hightower returns from his season-ending injury and should really help in the run defense which was porous last year. Houston has totally revamped their offensive line, which is still a question mark at this point.

Watson had the Texans offense exploding once he took over at QB last season, averaging nearly 40 points per game. He has one of the best WRs in the game in DeAndre Hopkins who caught 96 passes a year ago, most of the season with awful QB play. Will Fuller has been hurt but is supposed to play this week and he gives Watson a pair of extremely talented wide receivers. Tight End Ryan Griffin could be the “X-Factor” this week.

Last year the Patriots did a terrible job of containing Watson in the pocket, and if he gets out to the edge where he can run or throw, the defense will get gashed again. But unlike last year, when they went to a smaller, safety-centric look, I believe, they’ll go bigger here and look to anchor the edges and push the pocket from inside. The edge rushers, led by newcomer Adrian Clayborn, Trey Flowers, Deatrich Wise, Derek Rivers, and Keionta Davis will have their hands full. Can they bring pressure without losing containment and force Watson to get rid of the ball early? We’ll see.

The Patriots’ Stephen Gostkowski and Ryan Allen are back and very solid. Allen, in particular, had an outstanding summer after being pushed in training camp by some competition. The Patriots coverage units are always solid although they’ll be missing two of their stalwarts from the past few years in Jordan Richards and Brandon Bolden. But they get back Nate Ebner and Matthew Slater and have added one of the most dynamic kick returners in the league in Cordarrelle Patterson. Who return punts at this juncture remains a mystery.

The Texans special teams were just awful a year ago, especially their kickoff coverage. But they brought in former Patriots ST coach Brad Seely to right the ship. Long-time punter Shane Lechler was released, beaten out by rookie Trevor Daniel. Kicker Ka’imi Fairbairn has a very strong but inaccurate at times leg.

The first game of the season is always the most difficult to predict. Because the element of the unknown is still out there. The starters for the offenses and a bit on defense haven’t played an entire game since last season and there are always new moving parts on both teams.

The key for the Texans is to get Watt untracked and early. If he’s his normal explosive self, the Texans’ Romeo Crennel will move him around and disrupt everything. A healthy Watt just makes Clowney, who is becoming an elite edge rusher and Mercilus, that much better rushing the QB. The Texans inside backers Benardrick McKinney and Zach Cunningham, who is a sideline to sideline player will play key roles for them this week, trying to take away Gronkowski’s domain inside.

The Patriots will try to move their backs and tight ends around to create mismatches for Tom Brady to exploit. James White will probably be the most targeted member of the offense on Sunday. How well the offensive line holds up is always a key for the Patriots and especially against this excellent Houston front seven.

Defensively for New England, they try to match up against the Texans top two WRs but how well they do against the backs and tight ends will have a lot to say how this game goes. Containment of Watson in the pocket is key for Brian Flores group.

The Patriots are at home, which is always a big advantage for Brady and the offense. This one won’t be as high scoring as last year’s game, but Brady, White, and Gronkowski do enough to come away with a win.  Patriots 27-21