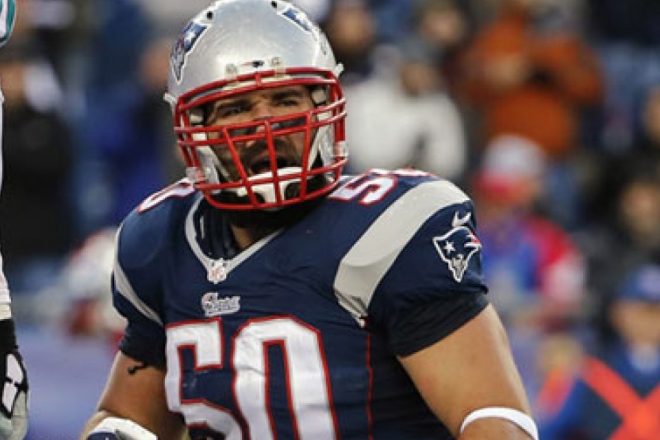 A quiet morning on this Wednesday, but here’s a quick rundown of this morning’s top stories.

Dolphins Ajayi Hoping to Turn the Tide on the Patriots –  The Patriots have been the perennial favorite each season when it comes to the AFC East, but Dolphins running back Jay Ajayi is hoping that this might be the start of change within the division.

Ajayi is aware of how tough Tom Brady and company have been in the past, but the goal this season is to hopefully make this the year that Miami gets back to the postseason.

“The Patriots in the past, they’ve dominated the league. Right now all we can really do is focus on ourselves,” Ajayi told NFL Network this week via 247 Sports.

“[We’re] working each day to have a season to do that and so that’s basically going to be coming in everyday to work and learning this offense and just preparing ourselves for when we get into conference play. We have to do better than we did in the past. Obviously it hasn’t been good enough because we haven’t made the playoffs and won our division, so those are definitely goals that we have to achieve but right now we are going to be focusing on just the day to day until we get to those points in the season.”

The Dolphins are experiencing change this season after Lamar Miller departed to Houston over the offseason, which should give Ajayi more of an opportunity in Miami’s backfield.  Miller had limited success against New England last season, carrying 9 times for 15 yards and a touchdown for Miami’s only points during the Dolphins 36-7 loss in their first meeting, while carrying 19 times for 60 yards in Miami’s 20-10 win that cost the Patriots the top playoff seed.

Ajayi missed the first meeting while on injured reserve with a designation to return, and carried seven times for just two yards in the second match-up.  Overall he finished the season second in rushing for the Dolphins with 49 carries for 187-yards (3.8avg) and a touchdown.

Now the question will be whether or not Ajayi is able to take the next step as it appears he could be a player to keep an eye on when New England faces off against them later this season.

Ninkovich Not Talking About ‘Stupid’ DeflateGate – It’s been nearly two years since the 2014 season, and yet Rob Ninkovich’s teammate, Tom Brady, is still battling Roger Goodell and the NFL as he looks to avoid being suspended for the ongoing DeflateGate saga.

It’s a cloud that continues to hang over all of their heads as they still don’t yet know if Brady will be out on the field for Week 1, but Ninkovich told WEEI on Tuesday that it’s not something he’s focused on.

“Honestly, no, we don’t talk about it,” Ninkovich said Tuesday via NESN. “It was last year — what was it? Two years ago? How long ago was it? It’s something that you can’t really think about, talk about because it’s not going to help you.”

Ninkovich admitted that the fact it’s gone on as long as it has is ridiculous, which certainly reflects the feeling of most fans throughout the region.  When the season starts, regardless of who is quarterback, Ninkovich’s job won’t change and for now the veteran said that he’s not worried about it.

“Really for me, I’m not a quarterback, I’m not a receiver. I don’t know,” said Ninkovich. “The whole thing is just stupid. There are a lot of things going on that shouldn’t last for two years, three years, four years, I don’t know.” 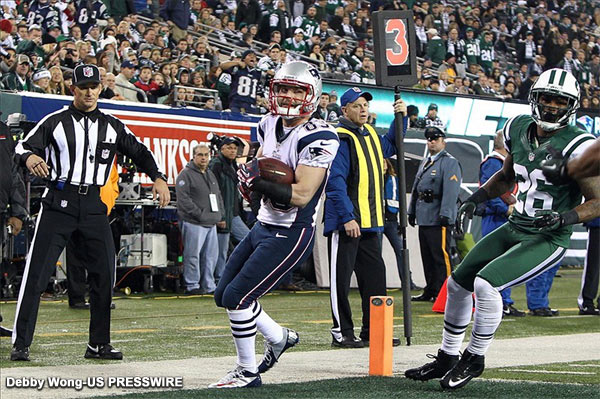 
Welker still thinks about Super Bowl drop – Former Patriots receiver Wes Welker put up some impressive numbers during his tenure in New England, but the fact he left the team without a ring is something that still stings.

Welker, who admitted he hasn’t spoken to Bill Belichick since leaving for Denver in 2013, still thinks about the pass he couldn’t quite haul in when, with his team leading by three points, he made a leaping attempt as he twisted in the air with his arms outstretched in closing minutes of the Super Bowl during their 2011 postseason run.  The veteran wasn’t able to hold onto the football, which would have potentially allowed New England to deliver the knock out blow while also running out the clock against the Giants .  Instead, New York had time to eventually come from behind and pull off the upset, costing the Patriots what would have been their potential fourth championship.

The former receiver caught a lot of grief after the game and there are still plenty of people who hold him responsible.  Welker himself admitted that it’s something that still bothers him.

“For sure,” Welker told Tom Curran of CSN New England via ProFootballTalk.com. “If it hits your hands, you’re supposed to catch it.”

Unfortunately, Welker didn’t and the thought of how that missed opportunity cost them is something that will always stay with him.  He eventually left for Denver after the 2013 season and went back to the Super Bowl that season after joining the Broncos, but came up short and drew the ire of Belichick when Welker collided with then-Patriots CB Aqib Talib in the AFC Championship game, knocking Talib from the contest.

Welker signed with the Rams last season in November, but wasn’t much of a factor and at this point he’s without a team.  He admitted he’s not quite where he needs to be ready to play, but if a team called, Welker said he’d be able to get back to where he needed to be.

“I wouldn’t say extremely football fit right now,” he said during a Sirius XM Radio interview. “But I’m in shape enough where, if I had two to three weeks to get ready, then I think I could be ready.”

Coleman Confident Heading into 2016 – Patriots defensive back Justin Coleman had a pretty strong showing last season, emerging as a valuable contributor in New England’s secondary in 2015.

As we’ve seen in New England, it’s tough for players in this defense to put together two strong back-to-back seasons, and Coleman admitted on Tuesday that part of what he’s going to need to do is put last year behind him.

“It’s a new year,” he said via CSNNE while helping out during a Football Camp at UMass Lowell on Tuesday. “It’s a new year, new season. You have to forget about what happened last year.”

Coleman finished the year with 21 tackles including one for a loss and 5 passes defensed as well as a fumble recovery.  He also racked up 7 tackles, a quarterback hit, and 2 passes defensed in the postseason.

“Last year doesn’t really matter,” said Coleman.  “It gave some coaches confidence that I can help them, but overall, you’ve got other players that are pretty good [on the roster], and things change. Players get better. Players get worse. But it gives me another opportunity to show what I can do.”

Hopefully he can build on last season, which should be good news for a secondary that improved quite a bit thanks to his contributions.

Clayton: Collins Future in New England More Certain than Hightower – ESPN’s John Clayton gave his thoughts and predictions on the upcoming season and believes the Patriots may have a better shot at keeping Jamie Collins around as they try and lock up key players, including teammate Dont’a Hightower.

However, Clayton thinks that Hightower’s future might be the more uncertain of the two, and that could see the veteran linebacker get dealt if a deal can’t be done.

“Jamie Collins will be the one defensive player Bill Belichick keeps,” Clayton wrote in a piece on ESPN Insider.  “The New England Patriots faced tough decisions with Collins, Dont’a Hightower and Chandler Jones eventually commanding big contract extensions. Jones was traded to the Arizona Cardinals. Hightower could be shipped out too. Collins is one of the league’s best coverage linebackers.”

The Patriots have a tough challenge as they try and get deals done to hopefully keep both players around, having already dealt Chandler Jones this offseason to try and ensure that happens.  Both players are in the final year of their rookie contracts, leaving the Patriots with some difficult decisions to make as they try to keep them in the fold for the foreseeable future.