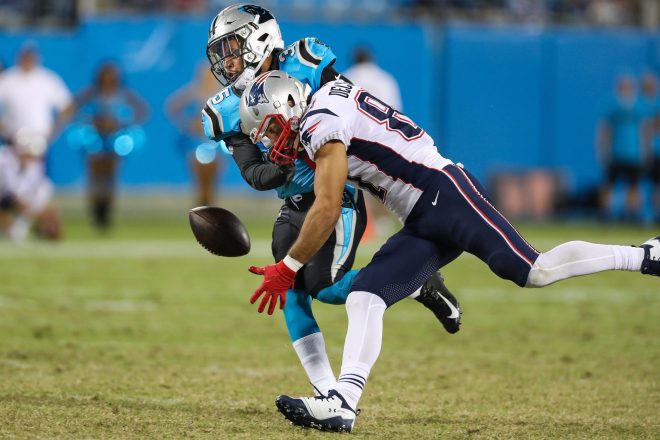 New England Patriots wide receiver Eric Decker announced his retirement from the NFL in a written statement on Instagram Sunday.

Decker, who signed with the Patriots August 2nd, saw limited action during the preseason as he struggled with dropped catches and penalties.

Decker never saw any reps with quarterback Tom Brady and the first team offense during Friday nights loss to the Carolina Panthers.

A 2010 third round draft pick of the Denver Broncos, Decker played eight professional seasons for the Broncos, New York Jets and Tennessee Titans, logging 439 receptions for 5,816 yards and 74 touchdowns.

With Decker retiring, the Patriots wide receiver depth chart takes another hit and looks as followed.

How Was This Article?
Posted Under: Patriots News
Tags: Eric Decker