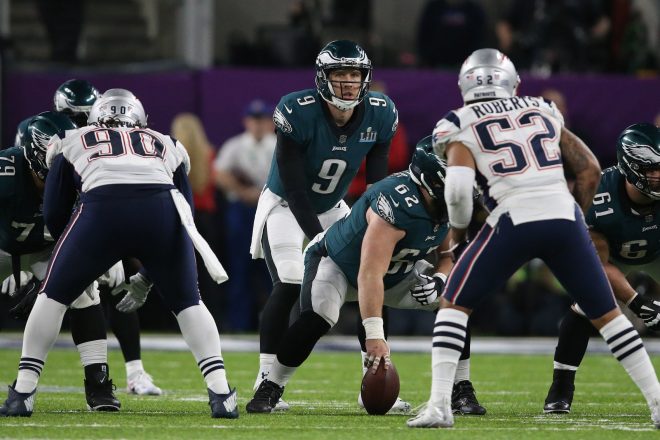 Johnson, who’s become notorious this year with outspoken remarks and criticisms about the team he won his first ring against was back at it again on local Philadelphia radio Monday morning.

“I’m ready,” Johnson told KYW Philadelphia. “I’ve been waiting on this ever since the Super Bowl was over with. It’s time.”

Johnson has previously called the Patriots are a “fear-based organization” that is filled with “arrogance” and “no fun”.

The Patriots and Eagles don’t meet in the 2018 regular season for a Super Bowl rematch that counts but Johnson didn’t seem too concerned about his reception at Gillette Stadium regardless of the timing.

How Was This Article?
Posted Under: 2018 Patriots Offseason
Tags: Lane Johnson

By: Robert Alvarez
Patriots Chairman and CEO Robert Kraft is honored by two organizations for his charitable and humanitarian work.
30 mins ago