4 years ago at 9:05 am ET
Follow @IanLogue
Posted Under: Daily Patriots Notebook 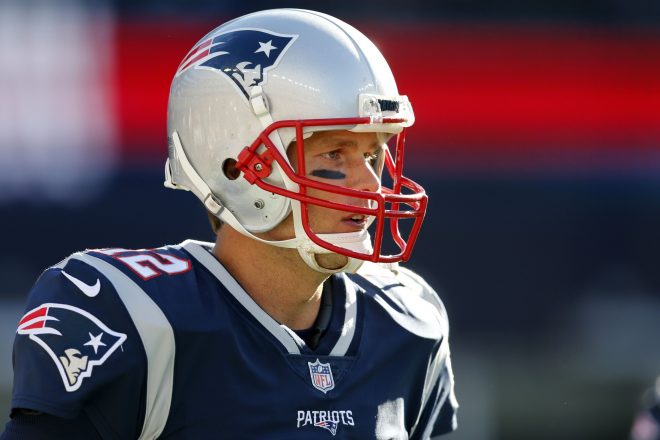 Yee Speaks On Brady – After reporting that Tom Brady hasn’t officially committed to playing in 2018, ESPN’s Adam Schefter caught up with Brady’s agent, Don Yee, and discussed the quarterback’s status and his future.

Yee told him that nothing has changed, with Brady still planning on playing as long as he continues performing at a high level.

“Tom’s intentions have not changed,” Yee told Schefter Monday. “He’s consistently said he’ll play beyond this contract and into his mid-40s, or until he feels he isn’t playing at a championship level. I understand the constant speculation, but this is one point he’s been firm about.”

Brady’s been quiet this offseason, spending time with his family as well as doing work for his foundation, which saw him make his much-publicized trip to Qatar recently.

The veteran quarterback reportedly won’t be part of the team’s voluntary workouts, with reports saying Brady will instead try and maximize his family time while also continuing to keep his body in shape for the upcoming season. However, he will reportedly be holding a passing camp this summer, which should quiet the people doubting about his status for this season.

Meanwhile, the other thing we’ve heard about is the fact Brady’s also looking for a new deal, which is normal at this point of his contract given the team’s history of extending him and keeping him paid well while also keeping his cap number low.  That hasn’t happened yet and while Yee didn’t get into numbers, he did mention that his contract is something that, like any other player, certainly matters to him.

“His objective every year is to outperform his contract and his own goals,” said Yee when asked about his current deal by Schefter.  “And like every player, yes, he thinks about his contract — it’s a pretty natural thing to do. Every team’s management knows this.”

Much of this news isn’t surprising but Schefter seemingly felt the need to clarify and confirm his previous report.  Unfortunately, the only revelation we really heard was the fact Brady is indeed interested in his current contract status, although Yee managed to avoid any controversy with his statement.

For now, all we know is Brady’s agent essentially agrees with what most fans in New England already thought and that he expects his client to be on the field.  The only upcoming related news will be who will be backing him up, which is expected to be learned by this weekend in the event the Patriots are able to land their quarterback in this weekend’s draft. 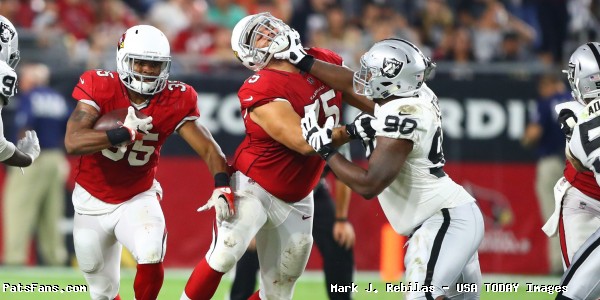 Patriots Sign Former Packers OL John – The Patriots continue building depth at tackle this offseason, adding yet another player for competition for the position heading into training camp.

According to the Houston Chronicle’s Aaron Wilson, the Patriots added former Packers offensive lineman Ulrick John, although terms of the deal haven’t been disclosed.

The 6’5″, 307 pound John played in five games in Green Bay last season and is a former seventh-round pick by the Colts in 2014.  Green Bay signed him off of Arizona’s practice squad last September and according to CheeseheadTV.com, played in just 40 snaps last season and was essentially an emergency option for the Packers.

The former standout at Georgia State is described as “Very athletic and versatile enough to play anywhere on the line” in his bio on the school’s website.  We’ll have to wait and see how he factors into the mix in the coming months.

Gronkowski’s Horse is out of the Kentucky Derby – A horse named after tight end Rob Gronkowski was set to be an intriguing contender in the upcoming Kentucky Derby, but it appears he’ll have to sit this one out.

According to his owner, the horse recently spiked a fever and will be unable to make the trip to Louisville to run in the race.

We very much regret that #Gronkowski will miss the @KentuckyDerby after spiking a fever over the weekend and being treated with antibiotics. He can't make the long journey to Louisville but is doing well pic.twitter.com/71CqtWnDub

Gronkowski reportedly joined Phoenix Thoroughbreds last week for a stake in the horse’s ownership and was expected to meet his namesake before the Derby on May 5.

The Patriots tight end was disappointed, but he’s more concerned with what’s best for the horse.

It’s unfortunate Gronkowski the horse will not be able to race in the upcoming Kentucky Derby due to an illness. I fully support what is best for the horse. I know he will come back strong and healthy and I am excited to see him race again very soon.

Santos’ Family Invites Public to Pay Respects – Former announcer Gil Santos was synonymous with Patriots football and was a big part of the lives of the people who listened to his broadcast as he brought each week’s game to life with his voice.

Fans have shown their outpouring of support for the Patriots Hall of Fame announcer and it appears his family has taken notice.

According to the team, details have been announced about a public visitation for their long-time broadcaster.  His family has reportedly invited the public to a visitation period tonight from 4pm-8pm at the Prophett-Chapman, Cole & Gleason Funeral Home in East Bridgewater.

Memorial donations in Santos’ name may be sent to the Greater New England chapter of the National Multiple Sclerosis Society, 101A 1st Ave., Waltham, MA 02451.  You can also contribute to the online guestbook at www.ccgfuneralhome.com.