5 years ago at 9:51 am ET
Follow @IanLogue
Posted Under: Daily Patriots Notebook 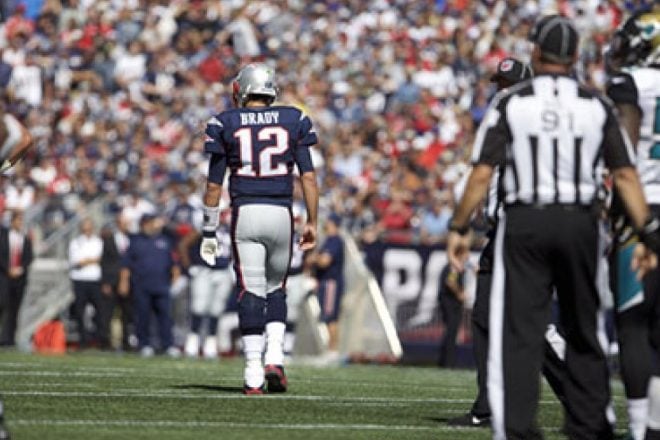 Here’s a quick rundown of a few of this morning’s top stories.

Brady Pondering Retirement? – As if the offseason couldn’t get anymore interesting, rumors are beginning to swirl about Tom Brady’s future.

“My money would be on him playing football for the foreseeable future, but what goes on away from the football field, I don’t know,” one source told ESPN. “I don’t know.”

Brady, who turns 41 in August was recently reported to be planning on working out on his own with Alex Guerrero and not being a regular participant during the team’s offseason program, despite having been there for the past 8-years.  That report would lead you to believe that if he’s working out with Guerrero, he’s preparing to be out there this season.

On the other hand, Brady hinted during his “Tom vs Time” documentary that he’s been weighing the time and effort he puts into the game against the time taken away from his family, so it’s entirely possible that having won five Super Bowls, he could indeed be pondering his future.  However, with Julian Edelman coming back (and the two having been seen working out together recently) and Rob Gronkowski having already said he’s planning on playing as long as Brady is here, it would be hard to imagine Brady not returning in 2018 since the three would be back together to try and make another run.

With only Brian Hoyer behind him as a back-up and the team likely looking to draft their future starter in the coming weeks, the time certainly wouldn’t be ideal for Brady to call it a career.  But for now, one would believe that #12 isn’t done just yet, but the fact it’s being talked about as frequently as it has been lately may signal that 2018 may hold a little more finality than we may have thought.

As a result, this upcoming season could hold a little more significance depending on where Brady’s mindset truly is.  It’s crazy to think the end could potentially be in sight and it certainly changes the outlook of how every game is viewed if, in fact, this ends up being Brady’s final season.

Time will tell, but despite the rumors, the odds of him being out there seem to be better than him walking away.  But after that, it’s safe to at least begin to wonder if the end is near for a player who will go down as the best ever when he does finally retire. 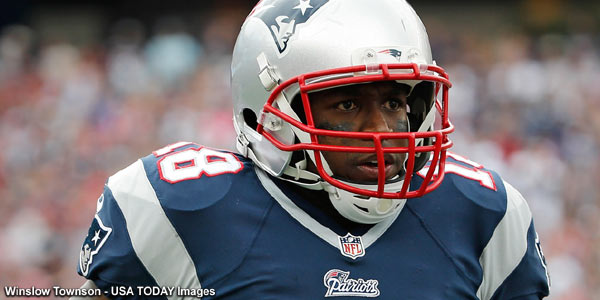 Slater Defends Kickoffs – With the NFL potentially thinking about eliminating kickoffs from the game, one key special teams player for the Patriots isn’t happy about the prospect of seeing them removed.

Team captain and special teams standout Matthew Slater spoke to the media on Tuesday and was very vocal about his frustration on the subject.

“You take away this play from football, you’re changing the fabric of the game,” said Slater via Mike Reiss of ESPN. “It really makes me ask the question, ‘Where do you go from here? What would happen next?’ I don’t know the answer to that. I look at a number of plays. I look at a goal-line stand. I look at a third-and-one. Think about the collisions that are happening there. Those [are] maybe deemed unsafe by some people.”

“So if you make a drastic change such as this, what’s next? What happens? The reality is this is football. This is a contact sport. This is a violent sport. All of us that are playing the game understand that there are inherent risks that come along with playing the game. If you’re not OK with those risks, I respect that, and maybe you should think about doing something else. But if we feel like we need to take away this play from the game to make the game safer, then where does that stop?”

Slater, who is also a player representative, is one of many who have been vocal since this subject came up and his concerns are certainly viable, especially as it pertains to the potential effect on the game.  When you take into account players who earned their way onto the team thanks to special teams and later became starters and star contributors, the thought of eliminating that opportunity could prevent some of the best from ever getting a chance to emerge.

It’s a difficult topic and one considering the medical evidence, there’s certainly enough reasons on both sides to make a case either way.  For now, Slater is just hoping that the NFL doesn’t take it away.

“The game has changed so much in my lifetime since my father played to now, and I understand,” said Slater. “I’m a player rep. No one cares more about player health and safety than the players, than the men that are out there on the field putting their bodies on the line.”

“That being said, we understand that we’re playing football. To take away the kickoff, I really think it would be tragic. You’re changing the fabric of the game that we all love to cover, report on, play, coach. I think it’s very disheartening to continue to have this brought up.” 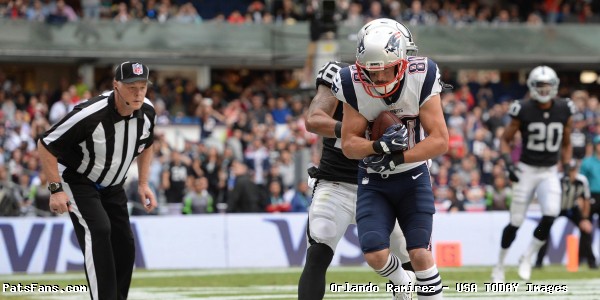 Amendola’s priorities are now with Miami.

Amendola Putting Dolphins First – Danny Amendola was a good player and a teammate during his time with the Patriots, but with the veteran having moved on to Miami with the Dolphins, he has a new set of priorities.

Amendola admitted this week that he won’t be shy when it comes to sharing information about his former team since his number one priority is to be a good teammate down in Miami and help his team win football games.

“I’m here to listen to my coaches and listen to what they have to say,” Amendola said via CBS 247Sports. “I’m here to be coachable and follow directions and if they ask me then whatever I can provide, whatever kind of information I can give to help my team win that’s what I’ll do.”

There’s no real surprise there, since after all, football is a business and Amendola needs to do the best he can for the team that stepped up and offered him a deal he couldn’t turn down.  That’s how it goes in the NFL, and the plan now is to continue getting himself ready and do the best he can as a member of the Dolphins.

“Obviously there is a business aspect to this game,” said Amendola. “Sometimes it works out for you, sometimes it doesn’t and I’ve been on both ends and I try to keep it consistent with playing good football and trying to be there for my teammates.”

NFL To Announce Schedule Thursday – We’ll finally know the road the Patriots will take in 2018 as the league is set to announce the regular season schedule tomorrow night.

According to NFL.com, the schedule will be announced exclusively on NFL Network during the 2018 NFL Schedule Release Presented by Verizon at 8 p.m. ET on Thursday as part of a two-hour long special. The special will be hosted by Scott Hanson and feature NFL Network analysts Steve Mariucci, Kurt Warner and Maurice Jones-Drew.

We already know the Patriots opponents for this season, but now we’ll at least find out how it will all shape up in less than 24 hours.