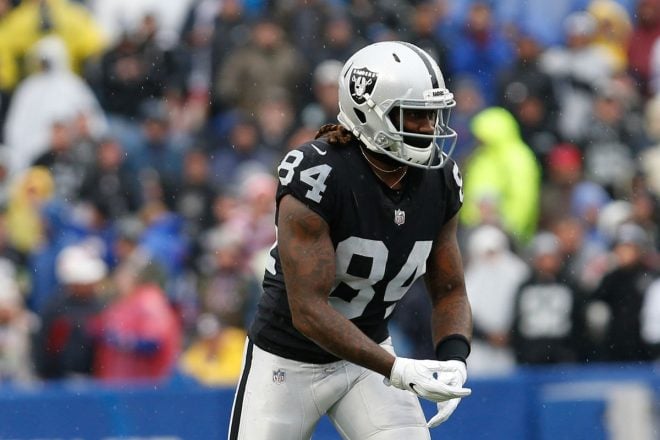 Patterson, 27, was a former 1st round pick of the Minnesota Vikings (29th overall) in the 2013 NFL Draft. That pick coincidentally belonged to the Patriots. The slid back and received four picks in return. In essence, Patterson’s NFL life has now come full circle.

Patterson is known primarily as a kick returner and that will be his main function with New England. Dion Lewis had kick return duties in 2017 and averaged 24.8 yards per return. Patterson averaged 28.3 yards per kick return for the Raiders last season, the previous two seasons with Minnesota, he averaged over 31.

Patterson caught 31 passes for 309 yards and rushed for another 121 on the ground for the Raiders. He is in the final year of his contract that pays him a modest $3.25 million dollars in 2018.

This was a win for the Patriots, with Lewis and Danny Amendola gone, they lost both their Kick and Punt Returners from 2017. Cyrus Jones and others (see our post in the morning) will vie for punt return duties in 2018. But it seems that the kick return block has been checked. He has world class speed and has been an electrifying kick returner in the NFL.

If they get any kind of production out of Patterson in the passing game, it will be a bonus. He did catch 52 passes two years ago for the Vikings. With the rushing yardage he amassed, they could use his speed on Jet sweeps or those shovel passes as well as outside the numbers.

The trade is not official pending a physical.