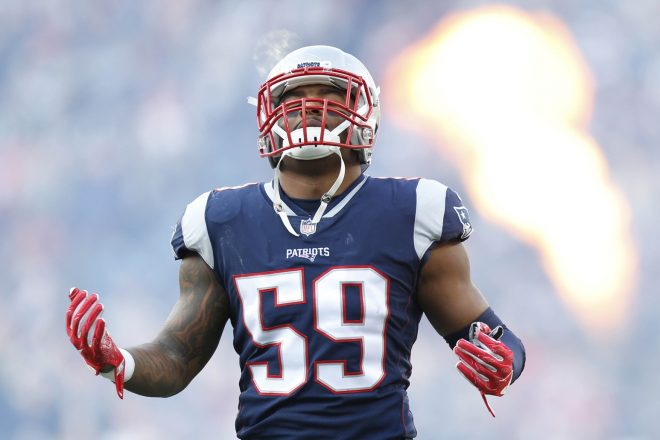 As the New England Patriots continue the process of moving on from the 2017 season, linebacker Marquis Flowers took to his Twitter account Monday to try and clear the air with those criticizing himself and his team in the aftermath of Super Bowl LII.

Beginning with an article in the Boston Sports Journal by Greg Bedard that viewed Flowers Super Bowl performance as worse than the issue with Malcolm Butler’s benching, Flowers defended his head coaches decision making while also holding himself accountable for a bad game.

Y’all gonna critique arguably the best coach in NFL History? Not on My Watch!! #NotOnDuty!

Secondly, Flowers responded to a quote from Philadelphia Eagles linebacker Lane Johnson who referred to the Patriots as a “fear based organization.”

When a fan pushed Flowers further on defending Belichick with a tweet that read “so you believe your teammate malcolm butler who you worked with all year the blood sweat and tears he didnt deserve to play???? did u tell him that marquis??” Flowers reiterated how those decisions were out of his control.

To conclude his series of tweets, Flowers shared what a full season under Belichick helped him with most while also calling out a few internet trolls that wanted to give him a hard time.

Simplified the game for me! Big on Fundamentals and doing the little things right! #DoYourJob! https://t.co/NHj6aDs2IC

I had fun with y’all today, It’s All Love no hard feelings to anyone!

Flowers will head into the off season as a free agent, but judging by his defense and outpouring of emotion towards his time so far New England, he certainly learned a lot in just one full season.