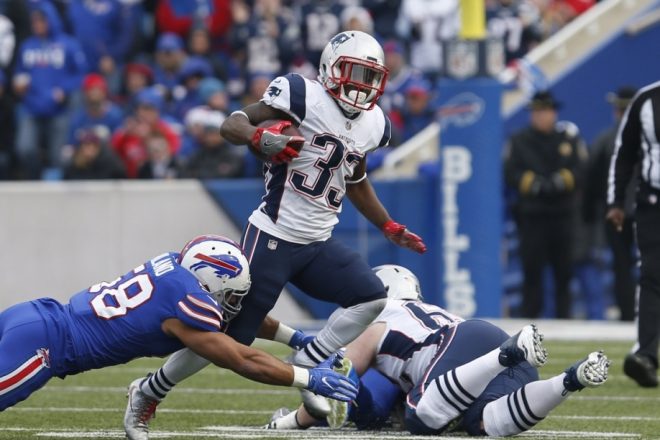 There is another oddity about this week’s schedule. Of the four games between teams with winning records, none are on in primetime – and three are broadcast in the early time slot. Fox has always had an affinity for NFC East teams due to their large market sizes. But if the network is not going to make the best game of the week (Falcons at Saints) their showcase game, then give it up to be flexed to Saturday night. Net result is that the two best games (NO-Atl and Patriots-Bills) are on at the same time. Those two back-to-back would have made for superior programming.

To see what games are being broadcast in your area, please check JP Kirby’s 506 Sports.

Baltimore has averaged 31 points over their last five games, in large part to an NFL-best plus-17 turnover differential. The Raven defense ranks 4th with 18.3 points per game and has a league best 33 takeaways. I don’t see how the Indy offense (16.1 ppg, 31st) can keep this game close.

The Vikings are playing for at minimum a first round bye, while Green Bay is eliminated. Minnesota’s defense will dominate a team that may be giving second stringers playing time with an eye on 2018.

I’m interested to see if Pittsburgh comes out with their hair on fire after last week’s last second loss. Or will the Steelers play down to their opponent’s level, as they often do. Pittsburgh is notorious for not playing well on the road either, and no Antonio Brown does not help matters. It wouldn’t surprise me at all if Pittsburgh comes out flat, but Houston has lost too many key players over the course of their season.

Oakland is all but mathematically eliminated, and traveling cross country for a meaningless game. Philly wants to clinch the number one seed in the NFC and Nick Foles (4 TDs last week) showed the 31.3 ppg offense is still in capable hands. The Eagle defense should be able to handle Oakland and control this game.

This should be a great game, as both teams have plenty to play for. The Patriots need two wins to insure home field throughout the playoffs. Buffalo needs a victory (and help) to make the playoffs. To add to the drama this is a revenge game for the Bills after the hit three weeks ago that resulted in Rob Gronkowski’s suspension. Sean McDermott came up with a great defensive game plan for Buffalo in the last meeting; it will be interesting to see what he has in store Sunday.

After a surprisingly good start, the Jets are 2-7 in their last nine games. As the season has progressed their lack of quality depth has become apparent. The Chargers are in a must-win spot here; the Jets can go back to their original plan of tanking the 2017 season.

Dolphins on the road outdoors in cold weather equals a Miami loss. Kansas City has finally righted their mid-season swoon with home victories over the Raiders and Chargers. Make it three in a row for the Chiefs.

Washington is again in a difficult position due to injuries on their offensive line. Denver has finally got it together the last couple of weeks, just in time to win enough games to miss out on a top-5 draft pick.

Chicago has played well at home this year, beating the Steelers and Panthers. Their home losses have all been close (an average of 5 points), and mostly to good teams (Falcons, Vikings, Packers). Cleveland’s 0-16 parade plans remain intact.

Set your DVR so you can record and watch this game after the Patriots-Bills ends. Two weeks ago the Falcons beat the Saints 20-17 in Atlanta. It is really difficult to sweep a good division rival. The Falcons should be able to keep it close, especially now that RB Tevin Coleman (concussion) has been cleared to play.

On one hand you have a west coast team having to travel 2000 miles and play a game three hours earlier than usual. On the other hand the Rams are a far superior team than the Titans. LA is back in sync now that Robert Woods is back on the playing field.

This will be the final home game for Cincy head coach Marvin Lewis. Maybe he and Jeff Fisher can form a speaking tour and teach people how to retain a job much longer than they deserve.

Can somebody please explain to me why Carolina LB Thomas Davis was originally suspended for two games, rather than one? I think Roger Goodell uses one of those magic eight-balls from the sixties when deciding his punishments.

When Jimmy Garoppolo was traded, Pats fans wished him well. Now Patriot Nation is full of hand wringing seller’s remorse. The Niners have won three in a row since inserting Jimmy G as their starting quarterback, after a 1-10 start. Jacksonville could be in for a battle on the road here, especially if the Jags have to count on Blake Bortles at critical junctures.

Dallas has won three straight and have RB Ezekiel Elliott for this game. His presence completely changes the Cowboy offense. Seattle’s defense is just a shell of its former self to injuries. Is it time to replace Pete Carroll?

Ho hum, a battle of two under achieving teams. Giants are the bigger mess right now and on the road.