5 years ago at 8:21 am ET
Follow @SteveB7SFG
Posted Under: Patriots Commentary 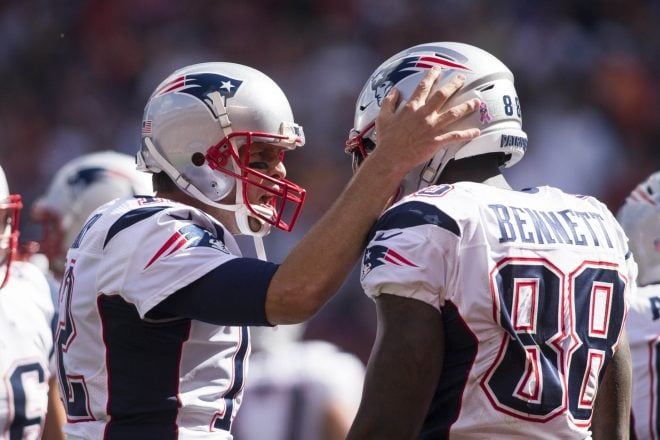 In a somewhat stunning turn of events, the Green Bay Packers suddenly released tight end Martellus Bennett on Wednesday. The reason given was “failure to disclose physical condition” designation. So the next question is, should the Patriots be interested in bringing Bennett back for a stretch run? The answer is an easy yes.

But there is a glitch in that, it isn’t going to be an easy slam-dunk signing. Bennett is now subject to waivers. All 31 other teams have until 4 p.m. ET Thursday to submit a claim on him. If he does not get claimed, he becomes a free agent and can sign with any team at any time after that.

The rule from the NFL states that any vested veteran (which Bennett is) doesn’t have to go thru the waiver process until after the NFL trading deadline. And now many other teams will have a crack at claiming the veteran tight end for a late-season addition. Several playoff eligible teams should take a long look at adding Bennett who is a reliable receiver as well as an outstanding blocker. 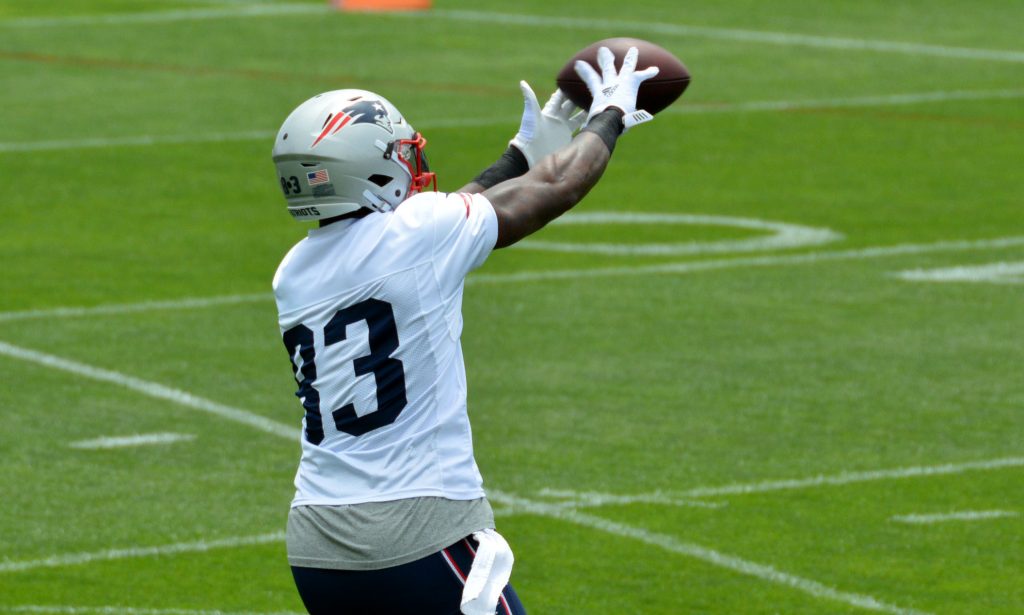 Martellus Bennett could be a member of the Patriots again…if the cards fall right. (SBalestrieri photo)

Bennett surprised the Packers and many around the league when he announced during the bye week that this season may be his last. When asked by the media what made him come to that decision, he simply said, “Life.”

So, why should the Patriots be in the mix to bring Bennett back? The simple answer…Life.

Life in the NFL is a day-to-day existence and injuries occur all too frequently. The Patriots wide receiver core is banged up. Julian Edelman is already out for the year, Chris Hogan is expected to miss a few weeks with a shoulder injury and Danny Amendola has been playing through a few ailments of his own. Malcolm Mitchell began the season on IR with a knee issue and it isn’t a sure bet that he’ll return for the remainder of the season. He recently began running again which means his return is weeks away at the earliest.

Bennett and Rob Gronkowski would automatically give the team a dynamic 1-2 punch in two tight end sets which would ease the burden of the wide receivers while adding another excellent blocker in the running game. He was a productive member of the Patriots last year and was a huge asset with the absence of Gronkowski after he was placed on IR with a back issue.

Bennett would be an immediate step up from Dwayne Allen. The former Colts tight end was signed as a free agent this spring to replace Bennett after he signed with the Packers. Allen as a blocker has been okay but has failed to catch on as a receiver. He has zero catches at the halfway point of the season and what’s worse, he hasn’t even been targeted in a month. Bennett knows the system and the offense and he and Brady had a great rapport last season. He was a trusted member of the offense and was a well-respected member of the team in the locker room, playing thru a variety of injuries all season.

Bennett would be immediate insurance for Gronkowski who has been outstanding this season, despite every team’s insistence on trying to beat him up and hold him on every down it seems. Gronk’s injury history is a matter of record and uniting him and Bennett together on the offense would be a plus.

The Patriots had a similar situation arise with LeGarrette Blount during the 2014 Super Bowl season when he was released by the Pittsburgh Steeler in mid-season and returned to help the Patriots win Super Bowl XLIX.

Bennett caught 55 passes for 701 yards and a career-high seven touchdowns in 16 games. It was he who was targeted by Brady in overtime against the Falcons in the Super Bowl in overtime that set the ball up at the two. That set the stage for James White’s heroics. Bennett got open down the seam and he was interfered with at the two-yard line as the pass fell incomplete in the end zone. Had he not been interfered with on that play, he would have been the Super Bowl hero. Bennett signed with the Packers as an unrestricted free agent last offseason and started seven games. He had 24 catches for 233 yards.

So while it would be a no-brainer for the Patriots to explore this, the cards would all have to fall right for Bennett to have a reunion in Foxboro. Stay tuned…