5 years ago at 6:03 am ET
Follow @SteveB7SFG
Posted Under: Patriots Commentary 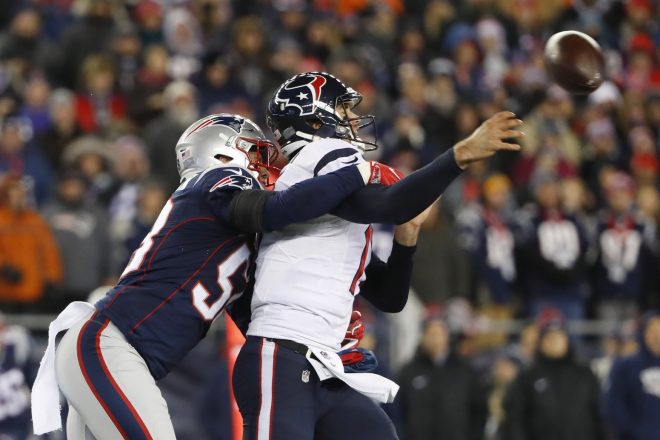 The news wasn’t good for the Patriots on Tuesday as they learned that LB Shea McClellin, who had been on IR since the end of preseason, had suffered a setback in his return and now he too will be likely lost for the season.

The Patriots linebacking core is already dealing with the loss of Dont’a Hightower and this one could be more damaging than meets the eye. Hightower’s loss meant that the Patriots lost an edge rusher as well as a linebacker who can stuff the run inside and be used in a coverage role. McClellin, who was brought over to New England in 2016 as a free agent can also perform all three of those roles, albeit not as well as Hightower but his versatility is what sets him apart.

The Patriots didn’t address the linebacker position at the end of the trading deadline possibly because they were expecting to get McClellin back this week. It was hoped that he’d be back in uniform this week in Denver. Now that possibility is dashed and he’ll probably not play at all this season. 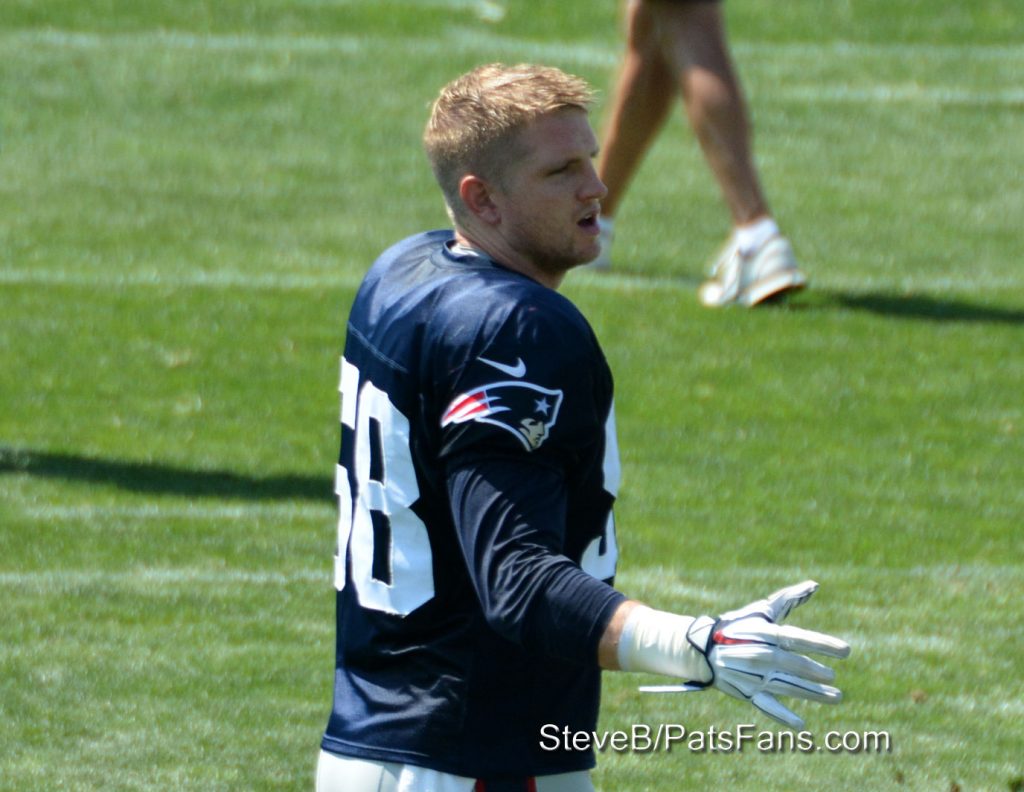 Shea McClellin’s 2017 season may be over before it ever began. (SBalestrieri photo)

McClellin was placed on IR in what has now been reported as a concussion. He’s had a history of those prior to coming to New England. And once he was eligible to return to practice on October 18, he did which automatically began the 21-day window in which the Patriots had to either activate him, place him on season-ending IR or release him.

McClellin’s 21-day window ended on Tuesday at 4 p.m. If the Patriots wish to keep him on the active roster, they’d have to make a corresponding move and release another player off of the active roster.

Teams are allowed to make two such moves with players on IR each season. Since McClellin had already begun practicing, he counts as one. The added bad news is that now means that either DL Vincent Valentine or WR Malcolm Mitchell will likely be reverted to season-ending IR soon.

Neither one has begun practicing yet. It has been reported that Mitchell has begun running again but it also means that he isn’t close to returning anytime soon. Valentine’s chances may have taken a hit since the team signed DL Ricky Jean Francois on Tuesday. Francois is a two-gap run stuffer and he may see action in Denver with DL Malcom Brown likely out with an ankle injury.

McClellin’s injury leaves the team thin again depth wise. Kyle Van Noy was moved outside as an edge rushing option more with Hightower gone. That leaves Elandon Roberts and veteran David Harris as interior run stuffers but neither one is considered viable in a coverage role.

Other players such as Trevor Reilly and Marquis Flowers are considered more Special Teams players than as linebackers. Reilly has the size and athleticism to potentially be used more in an edge role. While Flowers has speed and athleticism to be used in a coverage role. But since neither has played yet this season in either of those scenarios, it wouldn’t be expected that they’d contribute there now.

The Patriots defense has already been dealing with not only the Hightower injury but the absence of cornerbacks Eric Rowe and Stephon Gilmore. Now with Malcom Brown out with an injury, it really depletes a unit that has been struggling to find its 2016 form. With five of their next six games on the road, after traveling to Denver and Mexico City to face the Raiders, the team returns home for one week before going on the road to Buffalo, Miami and Pittsburgh, the defense is going to be facing some challenges.

So who is the “next man up” in the linebacking role? In the pass coverage realm expect to see more Pat Chung or Jordan Richards as the “Big Nickel” safety/LB role close to the line of scrimmage. Cassius Marsh who has played in about 50 percent of the snaps will probably see an uptick in work as a pass rusher, although he could do a better job of setting the edge more consistently.

It now opens the door for a potential reunion with OLB Akeem Ayers who spent the 2014 Super Bowl season with the Patriots after being picked up as a midseason trade addition. The 28-year old is currently a free agent and was in Foxboro for a workout in September. Many will remember he posted a cryptic tweet after Dont’a Hightower was injured against Atlanta. Now he could be getting a phone call as the depth at linebacker took another hit.