5 years ago at 6:00 am ET
Follow @AllThingsPats
Posted Under: NFL Commentary 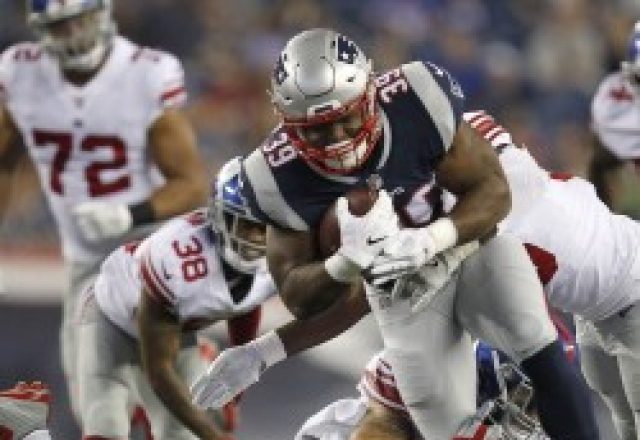 NFL Week 6 kicked off with an oddity. Lo and behold, we had a quality Thursday night game between a pair of teams with winning (both 4-1) records. Philadelphia went on the road and defeated Carolina in Charlotte 28-23. Carson Wentz overcame a slow start and threw three touchdowns – and more importantly, no interceptions. The Eagle defensive front seven won the line of scrimmage against the Carolina offensive line. Cam Newton had thrown for 671 yards and six touchdowns over his last two games, but the Philly defense harassed him all night. With a 5-1 record and possessing an impressive road victory, the Eagles are a legitimate candidate to represent the NFC in Super Bowl 52. Meanwhile, one high strung idiot has given Panther fans an embarrassing reputation.

Right now Alex Smith is the NFL MVP for 2017. The previously maligned quarterback is leading the league in completion percentage, yards per pass attempt and passer rating. The additions of Tyreek Hill in 2016 and rookie Kareem Hunt this year certainly help as well. The Pittsburgh defensive front seven is nothing special and won’t be able to handle that duo. Whispers about the demise of 35 year old Ben Roethlisberger (6 TD, 7 INT) will gain momentum this week in Iron City.

The Jets have thrived when they don’t have to rely on Josh McCown and the league’s worst group of receivers. On the other hand the Patriot pass defense has been suspect, to put it mildly. On top of that the Pats will be without starting corners Stephon Gilmore (concussion) and Eric Rowe (groin). It will be interesting to see what Matt Patricia game plans Sunday. Nickel situations would presumably call for safety Duron Harmon. After Malcolm Butler and Jonathan Jones the only other corner is Johnson Bademosi, who has yet to play a defensive snap this season.

This would be a great game if the two teams were at full strength, but that is not the case. QB Case Keenum has filled in admirably for Sam Bradford, but the Vikes could really use Dalvin Cook against this Green Bay defense. WR Adam Thielen has played well, but with Stefon Diggs out the Packer defense can double team him all day.

Here we are in mid-October, and both the Rams and Jags have winning records. Jacksonville is a complete enigma. They rank first in both sacks and interceptions, second in passes defensed, third in passing yards allowed, and sixth in quarterback hits. The Jaguars looked unbeatable in wins over the Texans, Ravens and Steelers. Problem is that each victory was followed by a poor game (Titans, Jets). Following that pattern the Jags are due for another dud. Rams QB Jared Goff has made remarkable progress in his second season, and doesn’t make the mistakes that Blake Bortles does. Jacksonville is playing at home and with a better defense though, and finally wins consecutive games.

QB Matthew Stafford is dealing with a bum ankle, which is good news for Saints DE Cameron Jordan. Detroit will attempt to get RB Ameer Abdullah rolling against a New Orleans defense that is allowing 4.5 yards per carry. The Lions will also miss be without DT Haloti Ngata for the rest of the season, which certainly does not help when facing Drew Brees.

Derek Carr may be less than 100%, but that’s still great news for the Raiders. EJ Manuel’s passes were late and slow, leaving Oakland receivers in peril last week. The LAC run defense is non existent, allowing 5.0 yards per carry and a league worst 161 yards per game. In 2016 the Chargers lost too many winnable games, so they changed head coaches. Nothing has changed so far this year. The Bolts were fortunate to finally win a game they tried to give away last week, escaping with a narrow victory against the depleted Giants. Sunday they return to their standard format of losing a close game. Note: the line has dropped from 5½-6 points on Friday to 3-3½ point on Saturday. I liked the Chargers when the number was at that high point, but at just three I would go with the Raiders.

Adrian Peterson talked his way out of New Orleans, where he was a bad fit. While he is an upgrade over Chris Johnson, Arizona still has no running game due to their porous offensive line. The Cardinals best bet is to just use him as a decoy on play action passes. Just throw the ball to whomever is being covered by Buccaneer CB Vernon Hargreaves, who gives the opposition a 12 yard cushion yet still manages to get beat deep. Cardinal CB Patrick Peterson versus Buc WR Mike Evans makes this game watchable. If Tampa Bay can make some field goals for a change they could win this game.

The Texans are now without both JJ Watt and Whitney Mercilus. There is still Jadeveon Clowney, but Joe Thomas should be able to neutralize his production. Houston QB DeShaun Watson has been outstanding, and should be able to beat Cleveland LB Jamie Collins when he decides to run. Despite the losses of defensive playmakers, I’ll take the team with Watson at quarterback over the one with Kevin Hogan.

Atlanta was aided by questionable officiating in a pair of early season victories; now they are helped out by their schedule. Injuries are never a good thing, but their bye last week came at the best possible time. The Falcons should get WR Julio Jones and OLB Vic Beasley back for Sunday’s game, though WR Mohammed Sanu is out. Regardless of who suits up, it is difficult to envision a scenario where Miami wins. The Dolphins are averaging an NFL-worst 10.3 points per game; how can they keep pace with the Falcons? On top of that the Fins are dealing with the aftermath of a scandal involving a coach, and are on the verge of a quarterback controversy.

Another week, another pushover for the Ravens. Baltimore has victories over Cincinnati (before the Bengals fired their OC), Cleveland and Oakland (with EJ Manuel at QB). In their two other games the Ravens were outscored 70-16. Baltimore will be in first place in the AFC North on Sunday night, but it’s a façade. Perhaps Jordan Richard can run the ball effectively to keep the game close. Chicago rookie QB Mitch Trubisky has no receivers who can catch the ball.

In my opinion three consecutive road games should be abolished in the NFL. It simply puts to much of a burden on that team’s ability to prepare, and inevitably results in a sloppy game. Here we are with SF, an already talented-deficient team, having to overcome that obstacle against a rested club. The Washington defense has performed better than anticipated this year, while the Niners are managing to score just 17.8 points per game (25th). Throw in possible dissension over the release of Navorro Bowman, and we have the recipe for an ugly blowout. The Niners have been competitive; each of their last four games has been decided by a field goal or less. Consecutive overtime losses have to be incredibly frustrating though.

Let’s see, the Giants can’t stop the run or the pass. They are down four receivers. Their offensive line stinks. In the span of five weeks they have gone from a supposed Super Bowl contender to a team planning on the 2018 draft. Now they have to travel 1800 miles and play 5280 feet above sea level. Against a well rested team that ranks first in the NFL in defense (261 yards per game).

Considering what a hypocrite Giant owner John Mara is, I shed no tears. The puppet master pulling Roger Goodell’s strings for his own betterment thought he was all set when he had the commissioner suspend Ezekiel Elliot. Watching his team fail so miserably should bring a smile to every football fan’s face.

★ — Bottom of the Barrel

2-3 Indianapolis Colts at 2-3 Tennessee Titans
8:30 pm ET Monday on espn; Sean McDonough, Jon Gruden
No lines at this point in time due to uncertainty on status of Marcus Mariota.