5 years ago at 9:03 am ET
Follow @IanLogue
Posted Under: Patriots News 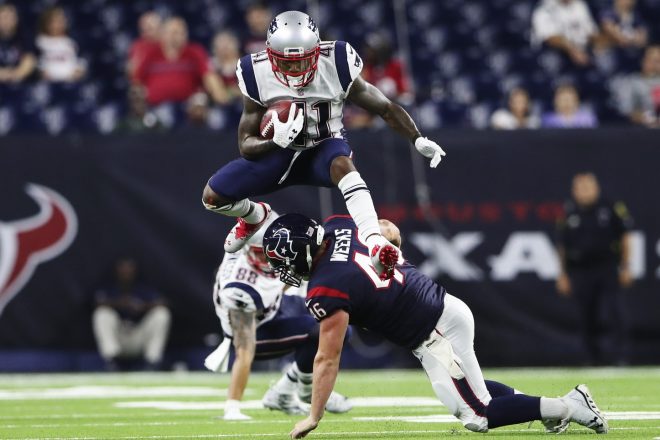 Patriots fans can say what they want about Cyrus Jones, but it’s safe to say that the second-year defensive back is certainly a fighter.

After a difficult first season in the return game, Jones had shown steady improvement returning the football and seemed poised to potentially take over those duties again in 2017. But he endured some struggles on the defensive side of the football that put him back in the spotlight for the wrong reasons, which for a lesser player could have set him back.

Instead, it ended up being his knee that gave out on him, with Jones collapsing in coverage Friday night on a deep sideline route, with his knee buckling after he had actually shown terrific technique and he fell to the turf in serious agony.

Jones would later head back to the locker room and reports indicate that he may be the second player in less than a week to suffer a torn ACL, which will likely end his second season before it really ever got started.

That leaves the Patriots in a tough spot as they look to find someone else in the return game to replace him. D.J. Foster handled some of those duties last night, and the team will obviously continue exploring their options as they head into the season.

It’s a tough blow for Jones, who seemed like he was finally gaining confidence. The play he went down on saw him perform well in coverage, with Jones not biting on the double move and staying step-for-step with the receiver before the injury.

Now he’ll spend the next 6-9 months rehabbing before he’ll get another opportunity for redemption. But given what perseverance we’ve already seen from him, he’ll likely be up for the task.