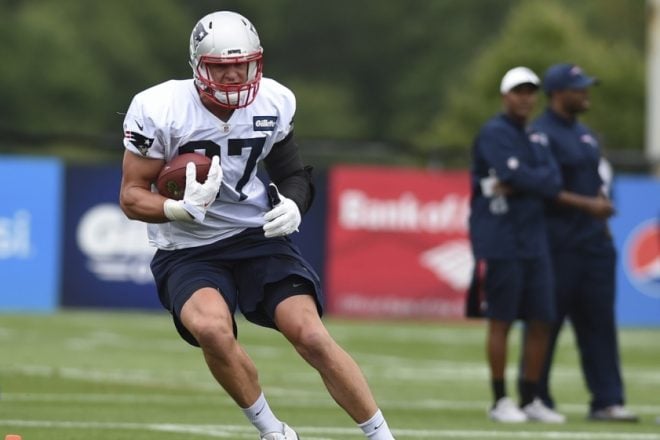 The Patriots wrapped up their 11th practice of the 2017 training camp and their second joint practice with the Jacksonville Jaguars. The two teams have a walk-thru scheduled for Wednesday and the first preseason game of the year for each team is on Thursday night at Gillette Stadium.

The teams got some good work in these past two days but the intensity level, while very competitive wasn’t up as high as we pictured it to be.

But the story of the day was Rob Gronkowski, a day after we wrote that it appeared like the Patriots were limiting his workload and had only a single catch, the big man was immense today. He was dominant in the 1-on-1 matchups and during 7s and full team 11-on-11 work, Gronk was uncoverable. He and Tom Brady had their chemistry going full bore Tuesday and the Jaguars were struggling to match up. During the 7s session, Gronk hit the end zone four times and added a pair more in full 11s. 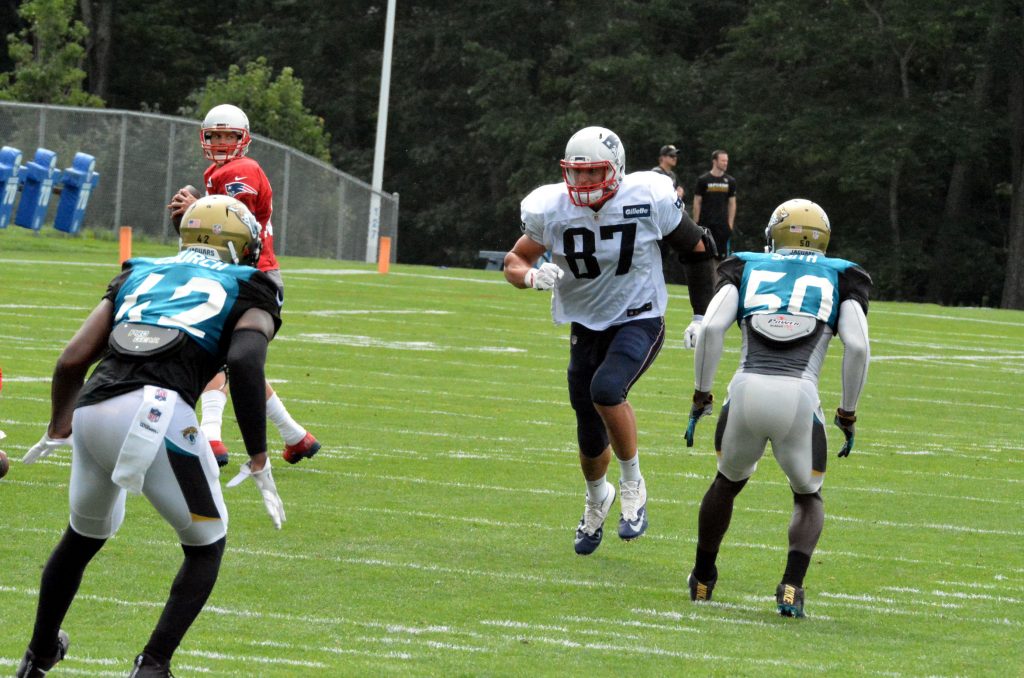 Rob Gronkowski had a monster, Gronk, type of day on Tuesday. (SBalestrieri photo)

Our favorite part of the individual drills, (albeit the most difficult to see) is the linemen during the 1-on-1 matchups. And if today was any indication, the Patriots defense should have a very good night on Thursday.

Trey Flowers was winning every matchup we saw and rookie Deatrich Wise was impressive, beating Jaguars starting left tackle Cam Robinson twice… Harvey Langi was particularly impressive, showing not only speed but power. He deposited backup right tackle Jeremiah Poutasi on his butt which drew some audible chatter from the press area.  Adam Butler continued a solid camp with some impressive work in the drills as well.

Despite having a very deep roster, four rookies have seen significant snaps with the first unit defense and they should see a ton of work on Thursday night. Wise and Derek Rivers, Langi and Butler have all gotten time with the first unit with some of the veterans of the team on the shelf right now. 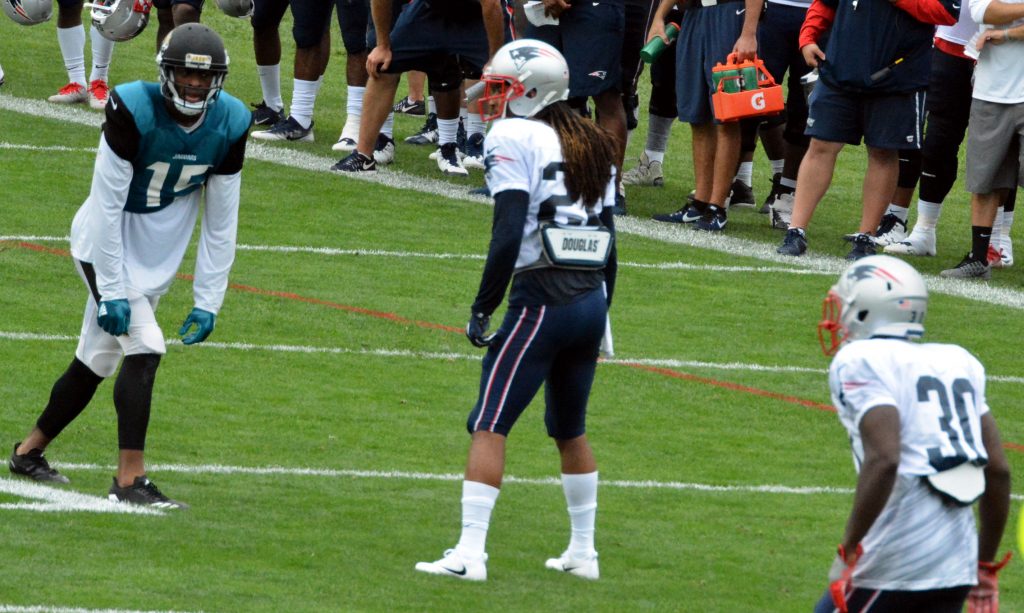 Stephon Gilmore and Duron teamed up for a nice pass breakup on a deep pass to Allen Robinson. (SBalestrieri photo)

Play of the Day: Malcolm Butler was covering Marqise Lee during a red zone situation drill. Lee was trying run a quick slant, Butler had good coverage and read the QBs eyes. Blake Bortles stared down Lee and just as he let go of the ball, Butler jumped the route and broke up the play and came up with the ball as he rolled to the ground. The ball may have hit the ground, but it looked like a good interception from our vantage point.

Before practice started Bill Belichick addressed the media on the field and had some very nice things to say about now Hall of Fame Miami Dolphin Jason Taylor.

Mike Mayock was in the house as well as Tom Brady’s parents. After practice the NFL referees who were in attendance the past two days spoke with the media and took a question and answer session about the new rules in place for 2017. Pete Morelli gave the presentation and did a great job of answering a lot of questions. Chip Kelly was on the field as well Willie McGinest addressed the team as practice broke up and then did an interview with Tom Brady for the NFL Network.