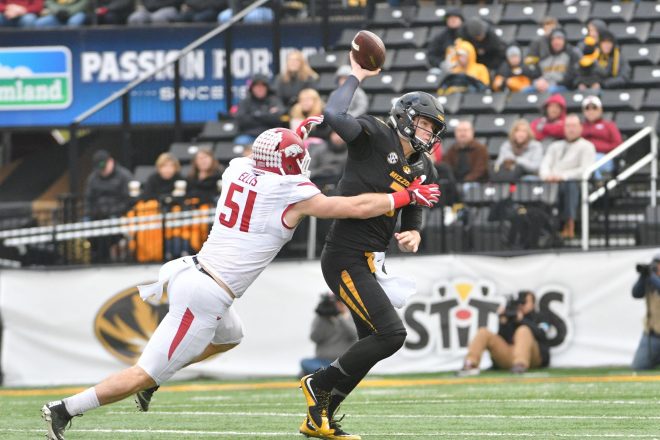 Hope all of you had a good holiday weekend and a safe Memorial Day.  As we get back to work, here’s a look at this morning’s latest headlines.

Ellis Picks Football Over a Medical Career – Playing football for the Patriots is an opportunity that players don’t take lightly and there’s one player on the current roster putting his off-the-field career on hold as he tries to make the most of his shot with this football team.

Linebacker Brooks Ellis came out of college as an undrafted prospect and he heads into this season as one of many hopefuls looking for a chance to realize his NFL dream.  According to CSNNE, Ellis has spent the last few years working hard to have a chance to become an orthopedic surgeon and has put that on the backburner as he fights with a competitive group to try and earn a role with the Patriots this season.

But despite being here in Foxboro trying to follow his dream, Ellis has admitted that he’s still moving forward with his academic process as a back-up plan in case things don’t work out.

“I’m putting my all into this right now,” Ellis told CSNNE last week. “But when I get some spare time, I’m finishing applications, and then when I get back in July I’m sending those in.

“If I get accepted somewhere, I’m going to tell them I need to defer until I know for sure what the football situation is going to be. So I’m all in on football, and just in case, I’m going to have that ready to go when I get out of it.”

It’s a great story among many, and the timing for Ellis is certainly in his favor as this is a linebacker group that as competitive as it is, could certainly see things work out for him if he plays at the level that he did in Arkansas.  He’s a smart and talented player and he seems focused at the task at hand.  Hopefully he makes the most of it. 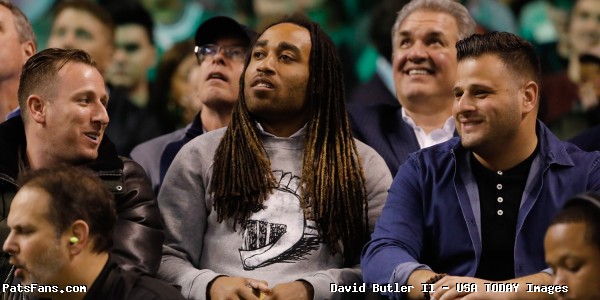 Gilmore is settling in well with his new teammates.

Gilmore Working Against the Best – Working against one of the best quarterbacks in the game has to be beneficial to defensive players, which has likely played a part in the success for at least a few players in the secondary.

Newcomer Stephon Gilmore has only gotten to go up against Brady a couple of games a year but he’s already admitted that working against the future Hall of Fame quarterback has helped him.

“He practices like he plays,” Gilmore said last week via Doug Kyed of NESN.com. “He’s a good quarterback. He throws great balls. You really have to be tight on the receivers. It allows me to work on my game and make myself better.”

Gilmore admitted that he’s been impressed with how Brady handles himself and how much different things have been so far since he’s been here.

“He’s fun to go against,” Gilmore said of Brady. “He always has a chip on his shoulder, so he’s a great player.”

“It’s fun. He gets you better every day.” 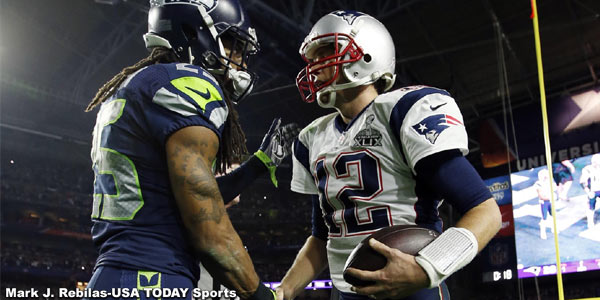 Losing to the Patriots and Brady in the Super Bowl hasn’t sat well in Seattle.

Seahawks Still Haunted By Super Bowl Loss – With the third season coming up since the Patriots stunned Seattle in the closing seconds  of Super Bowl XLIX, it sounds like the loss still stings not only the fan base, but it’s still having a negative effect on the players in the locker room.

According to a recent article by ESPN’s Seth Wickersham that will be appearing in the upcoming edition of ESPN the Magazine, there’s still plenty of resentment by the players about the offensive final play call that saw the football end up in the hands of Malcolm Butler.  That play changed everything for Butler and the Patriots, and it’s seemingly destroyed Seattle’s future.

“If Russ had just thrown it low and away …,” one Seahawks staffer told Wickersham. Another former assistant coach also told him, “If we had just executed the play, it would have been the easiest touchdown in history.”

That shows you how the each really feel about the play.  Now imagine what the players think.  Head coach Pete Carroll knew it too, telling Wickersham that right after it happened, he needed to let everyone know he was serious about getting back to work and trying to make it right.

“The instant that play occurred, I knew what I was dealing with,” Carroll told him. “I had to get back to business as soon as possible.”

But that hasn’t changed how people within his own walls views him, with Richard Sherman even reportedly bringing up Butler’s pick from that game last year a few weeks before the playoffs.  Maybe that explains why Sherman’s name has been the subject of trade rumors during this offseason.

Either way, that game has certainly changed the fortune of both teams.  The Patriots have found their groove and have won two titles in the last three years, while the Seahawks haven’t been able to get past the Divisional round. To make matters worse for Carroll’s club, the Patriots seem poised to make another run while his team still faces another season of uncertainty.

Oddly enough, what the Seahawks don’t seem to realize is that New England has already faced some heart-breaking moments in two Super Bowl losses and didn’t let those stop them.  But for now, they seem intent on pointing fingers and making excuses, which likely explains why they’re stuck in a cycle of futility, which shows you the clear difference between the two teams.

Brady Quotes Ronald Reagan on Memorial Day – To close this out, Brady took a moment on Monday to commemorate those who gave their lives in support of their country, quoting former president Ronald Reagan in his latest Instagram Post.

Here’s a look at the post from the veteran quarterback:

"We are gathered at the National Cemetery, which provides a final resting place for the heroes who have defended our country since the Civil War. This amphitheater, this place for speeches, is more central to this cemetery than it first might seem apparent, for all we can ever do for our heroes is remember them and remember what they did — and memories are transmitted through words. Sometime back I received in the name of our country the bodies of four marines who had died while on active duty. I said then that there is a special sadness that accompanies the death of a serviceman, for we're never quite good enough to them — not really; we can't be, because what they gave us is beyond our powers to repay. And so, when a serviceman dies, it's a tear in the fabric, a break in the whole, and all we can do is remember. It is, in a way, an odd thing to honor those who died in defense of our country, in defense of us, in wars far away. The imagination plays a trick. We see these soldiers in our mind as old and wise. We see them as something like the Founding Fathers, grave and gray haired. But most of them were boys when they died, and they gave up two lives — the one they were living and the one they would have lived. When they died, they gave up their chance to be husbands and fathers and grandfathers. They gave up their chance to be revered old men. They gave up everything for our country, for us. And all we can do is remember." – Ronald Reagan Thanks for the inspiration @domraso #Honor

By: Ian Logue
The Patriots tied up some loose ends after getting Cole Strange, Tyquan Thornton, and Bailey Zappe each under contract on Thursday.
6 hours ago

By: Robert Alvarez
Rookie receiver Tyquan Thornton shares a photo over Instagram confirming he has signed a contract with the Patriots
11 hours ago

By: Robert Alvarez
The best social media posts and reactions to Rob Gronkowski's decision to retire from the NFL for a second time.
12 hours ago

By: Mark Morse
This week we are looking at the New England Patriots TE group.
12 hours ago