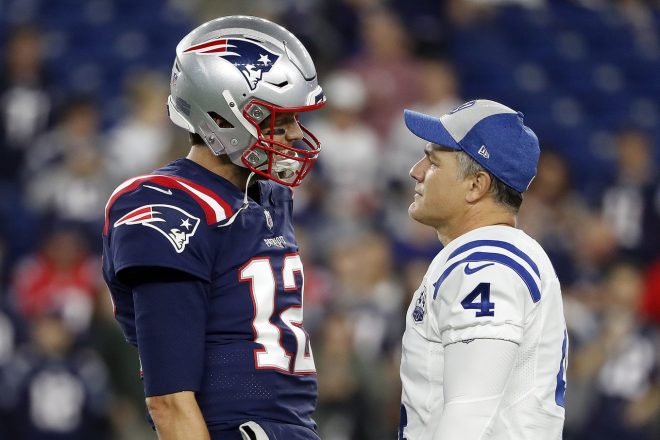 After 24 professional seasons in the NFL, longtime placekicker Adam Vinatieri formally announced his retirement from the NFL during an appearance on “The Pat McAfee Show”.

“By Friday, if paperwork goes in, you heard it here first,” Vinatieri told his former Indianapolis Colts teammate.

Additionally, Vinatieri walks away from the NFL as its all time kicking leader in career points made and postseason points with a likely spot in the Pro Football Hall of Fame up next.

Despite Vinatieri winding up playing more seasons in Indianapolis as opposed to New England, his clutch performances as a Patriot will always be remembered as one of the key parts to the early success of the dynasty.

Vinatieri made 29 game winning kicks over his career, two of which won the Patriots its first two Super Bowl’s while the third came in blizzard-like conditions during the unforgettable “Snow Bowl” or “Tuck Rule Game” to Raiders fans.

Check out some of the best social media posts and teammate reactions to the news below.

With Adam Vinatieri retiring, a reminder that this is the greatest kick in NFL history. #Patriots pic.twitter.com/5rWGORXJ6i

This was no kicker….V was a football player. Congrats bro! All love 👊🏽 https://t.co/Xm1VZPnoRI

One of the best to ever do it!

Congrats on an amazing hall of fame career @adamvinatieri! pic.twitter.com/Yjm9ceqxAt

See you at the old folks home bubs. Congrats on the career @adamvinatieri #MrClutch https://t.co/eokaqPCPCK

What a career. What a legend. Adam Vinatieri goes into history as one of the best ever. pic.twitter.com/lTnWMExywM

By: Robert Alvarez
Patriots officially announce the hiring of Bill O'Brien as the offensive coordinator and quarterbacks coach for 2023.
2 days ago
wpDiscuz