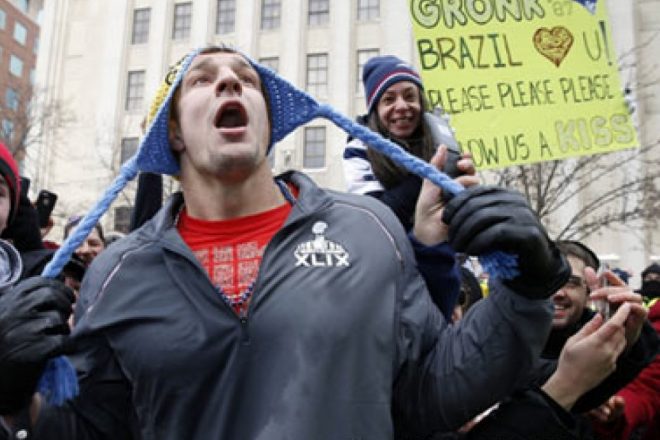 Just when you think you’ve seen every type of crazy antic possible with New England Patriots tight end Rob Gronkowski, something else comes along that makes you wish even more you lived life like a Gronk.

A music video by “3LAU” (Justin Blau) entitled “On My Mind” surfaced on the internet Wednesday featuring the Patriots tight end living out what appears to be a Las Vegas fantasy that has Gronk partying with beautiful women, cleaning fantasy cars and even a trampoline.

According to Blau’s YouTube description; “This song is out on my label BLUME, which means all of the proceeds from streams & sales will go to charity. Last year we raised $200,000 for Pencils of Promise, and 7 new schools will be built in South America from that fundraising by September 2017. Our next goal is to raise $30,000 for the ACLU, and this song will help contribute to that goal 🙂 Once we’ve raised that, I wanna let you guys decide what charity we give to next! Much Love & Thanks for always supporting!”

Although its for a good cause, we have to warn you that the video is NSFW and for mature audiences only.