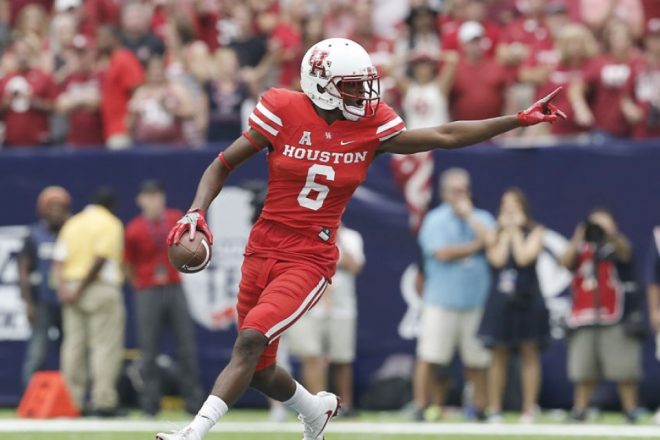 The Patriots are in a state of flux at cornerback. They signed Stephon Gilmore to a big contract in free agency and the big corner is going to be looked at to provide man coverage on the many big WRs the team will face in 2017. Eric Rowe returns, after being brought over from Philadelphia, he played well in the second half of the season and into the playoffs.

They have depth guys, Cyrus Jones, Jonathan Jones, and Justin Coleman. Coleman played a lot of snaps in 2015 and the two Jones should be expected to make a big jump in their second season with the team. But the big question remains on where will Malcolm Butler be in 2017.

If the team can bring back Butler for at least the upcoming season on his tender, then the team will have a trio of starters with him,  Rowe, and Gilmore that they’ll be able to mix and match with anyone and plenty of depth behind them.

Corners, like edge rushers, however, you can never have too many good ones. So, if Butler is either dealt or signs an offer sheet elsewhere the team will look to add another corner.

Howard Wilson from Houston is a very good athlete with excellent length, size, and speed to be a productive corner in the NFL. He has fantastic athleticism and has the loose hips that allow him to turn and mirror with wide receivers. He wins his share of 50/50 passes and shows tremendous instincts and ball skills. He has a very smooth back pedal and his technique and fundamentals are solid.

Wilson made 54 tackles (45 solo), including 2.5 for a loss, and picked off five passes, had 10 passes defensed and recovered two fumbles for the Cougars in 2016. He’s smart, aggressive and can bait the opposing QB into making an ill-advised throw.

At 6’1, 184-pounds he has the length but needs to add some weight at the NFL level. His experience is somewhat limited because he missed nearly the entire 2015 season with a torn ACL. However, it didn’t stop him from being a willing and aggressive tackler in the running game.

Some scouts believe that Wilson could have been a first round pick in 2018 if he returned to college for one more season. He has tremendous short area quickness and ran a 6.68 in the 3 Cone Drill and a 3.94 in the 20-Yard Shuttle.

– Excellent length, size, and athleticism to match up with wide receivers

– Fundamentals and technique are very solid

– Needs to bulk up a bit at the NFL level

– Played at a lesser level of competition in AAC

– Experience is somewhat limited due to his injury in 2015

What his Role Will Be:
Wilson will immediately challenge for some snaps at the position of nickel or slot corner. He’ll also be given some work as a gunner on special teams.

Yes, he’ll need to spend some time in the gym with the strength and conditioning coach Moses Cabrera and bulk up a little bit between Years 1 – 2. With some experience, he should be ready to compete for a bigger role in the rotation in the secondary.

He’ll compete with the Jones’ and Coleman right away for reps at the slot corner position. That will set some great competition for minicamp and training camp this summer.

Good, he can provide kick coverage and will see some practice time as a gunner in the kicking game.

Wilson is another guy who may just be flying under the radar a bit entering the 2017 NFL Draft. With a draft deep in talented cornerbacks, he has all the traits that you look for in a good, starting player on the outside. And sheer numbers may force him down into a lower draft position.

He has tremendous instincts and can read the quarterback easily and accurately. His loose hips allow him to turn and run without loss of speed to mirror wide receivers down the field. Wilson’s short area burst and quickness coupled with good timing will allow him to break up or intercept passes.

He’ll need to get a bit bigger and could possibly add another 10-15 pounds of muscle on his frame in the NFL. But he has excellent potential and could become a very productive corner for many years to come. He has the size, speed and athleticism, he just needs some more experience.

Wilson will probably be available in the 3rd round of the draft. He’d be a nice addition to the Patriots defense as his skill set would mesh perfectly. With what they do as his man coverage skills should immediately provide him with not only the opportunity to get some reps in 2016 but become a productive, valuable cornerback in the defense.