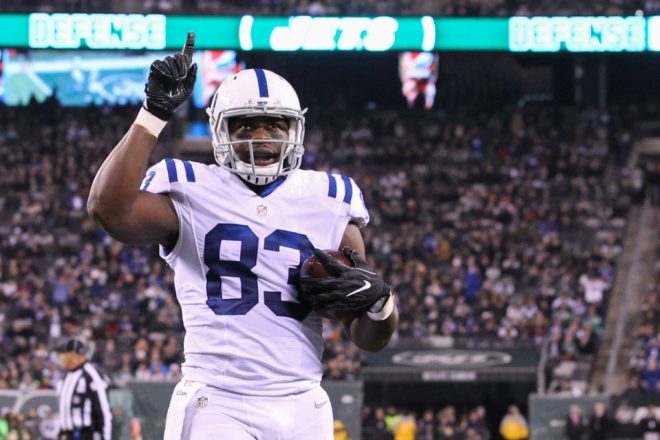 Despite being on the losing end of the AFC Championship game two years ago with the Indinapolis Colts, newly accquired New England Patriots tight end Dwayne Allen had an old tweet of his resurface on social media where he voiced his opinion on the Deflategate scandal a mere two days after the first report came out.

Allen responed to an NFL on FOX report on January  21st, 2015 where shared the following thoughts on the controversy, calling it “not a story” and “they could have played with soap for balls and beat us.”

Following the trade to New England, Allen now gets the opportunity to pair up with Rob Gronkowski in 2017, but the move also marks the end of Martellus Bennett’s one year stint in Foxboro.