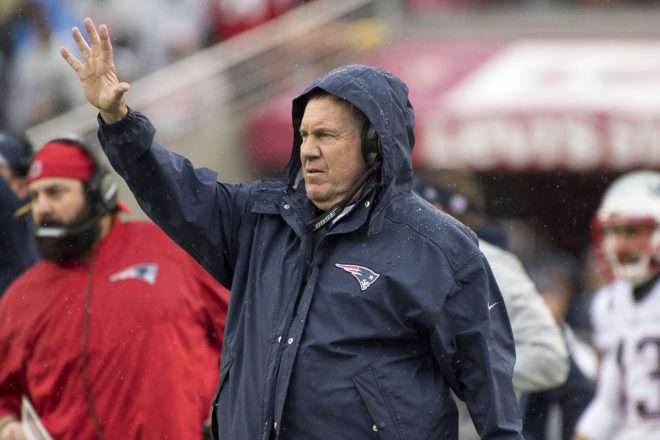 As eight teams battled it out over wild card weekend, New England Patriots head coach Bill Belichick was spotted taking a snooze on a Nantucket ferry during his teams seventh consecutive first round bye.

Belichick, with girlfriend Linda Holliday, appears to have a laptop with him on the boat where maybe he took film studying with him to the island for the weekend?

The photograph was courtesy of a fan named Adam Markopoulous who when asked by ESPN for permission to use it, promptly responded with a passionate tweet that denied them.

We’re on to Woods Hole.

Hey @OnlyInBOS, look who I found on the Nantucket ferry on their bye week…#RelationshipGoals pic.twitter.com/mZkADW07MK

DO.
NOT.
USE.
MY.
PHOTO.#LoyaltyToBill#LoyaltyToTom#LoyaltyToKraft

How Was This Article?
Posted Under: Patriots Photos
Tags: Bill Belichick