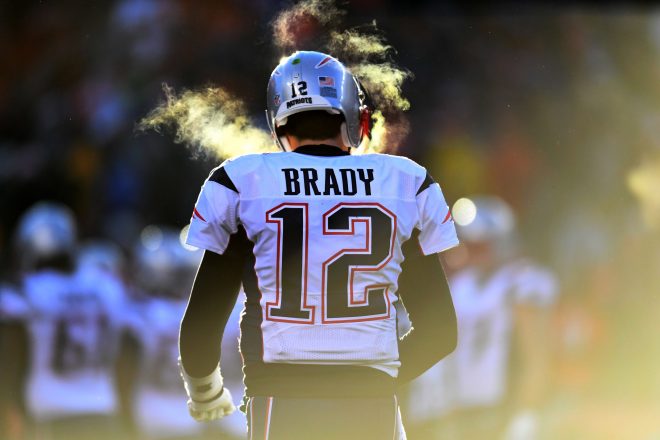 As is always the case in the immediate aftermath of a New England Patriots’ victory, a new issue of the TB Times was published. The faux-newspaper headline is posted on to Tom Brady’s facebook page by a prompt executive assistant to celebrate each Pats win.

Today’s edition featured frozen Dolphins in a Game of Thrones theme, declaring that Winter Is Here.

For those not familiar with GOT, the GOAT is depicted as the Night King. Behind TB12 are his army of White Walker zombies: eleven various New England Patriot players.

With three touchdown passes Brady added some very impressive milestones to his already legendary resume. The quarterback set an all-time NFL record for the best touchdown to interception ratio (14:1) in a single season with his 28th TD against just two picks. Brady also set an NFL record with 254 pass attempts on the road without an interception.

Early in the game the Patriot quarterback also passed Hall of Fame great Dan Marino for the third most career passing yards in NFL history. With the victory the Patriots also became just the seventh team in league history to go 8-0 on the road. This is the second time the Pats have accomplished that feat, with the other coming in 2007.