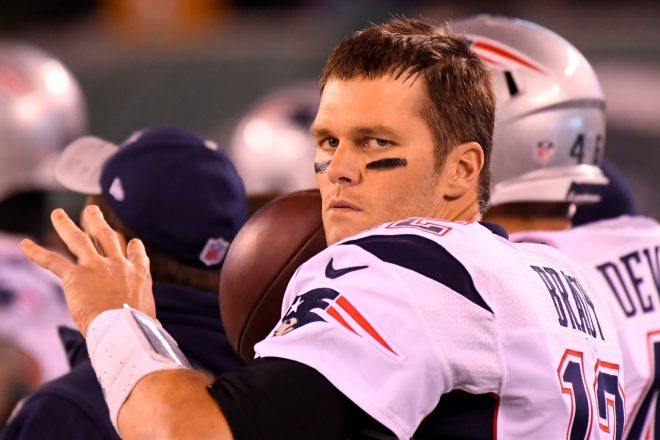 In a press release by the New England Patriots on Wednesday, the team announced its 2017 list of opponents that will be on the regular season schedule.

Beginning on the road, the team will travel to Pittsburgh, Tampa Bay, New Orleans, Oakland, and Denver to go along with the standard divisional games in Buffalo, Miami and New Jersey versus the Jets.

It remains unclear where the Patriots will play the Oakland Raiders as that matchup is reportedly a part of the NFL International Series lineup in Mexico City but no formal announcement has been made by the league.

For the home schedule at Gillette Stadium, the Patriots will face Houston, Carolina, Atlanta, San Diego and Kansas City with the remaining three games against the aforementioned AFC East rivals.

According to the press release, specific details on the times and dates will be announced in “mid to late April, prior to the NFL draft.”

READ NEXT:
Keeping Suh Away From Brady Should Be a Priority This Weekend
Posted Under: Patriots News

By: Robert Alvarez
Julian Edelman appears on the Barstool Sports "Pardon My Take" podcast, reacts to Bill O'Brien's hiring, and more.
21 hours ago