6 years ago at 9:37 am ET
Follow @bob_george
Posted Under: Uncategorized 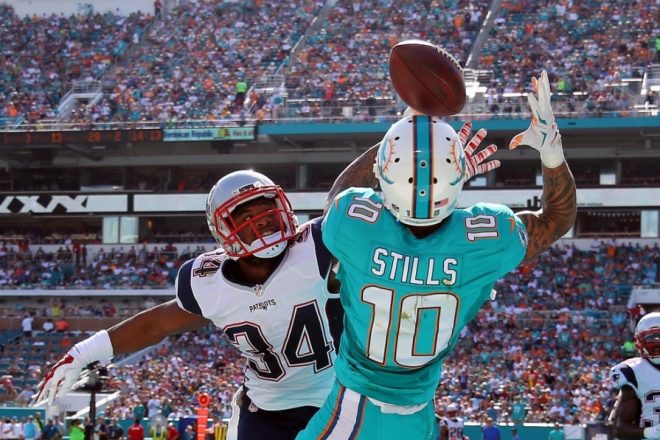 FOXBOROUGH – You get the feeling that this year, they will work on winning the game instead of resting players and working on the run game.

After watching the 2015 season disintegrate amidst a hail of regular season losses at the Jets and Miami, followed by a predictable season-ending loss at Denver in the AFC Championship Game, the galvanized Patriots, fresh off a rare win in Denver, slaughtered the Jets 41-3 at Gillette Stadium on Christmas Eve, keeping pace with Oakland in their quest to be the top playoff seed in the AFC. The Jets, in what has been perceived by many as an act of cowardice, kicked a late field goal to avert being shut out instead of going for it on fourth and goal, but for all intents and purposes, the Patriot defense whitewashed the woebegone Jets and maintained the inside track for home field in the playoffs.

Once the game ended, attention was transfixed elsewhere. Miami needed overtime to beat Buffalo, 34-31. Meanwhile, out in Oakland, Raider quarterback Derek Carr sustained a serious leg injury in the fourth quarter of their game against Indianapolis, needing to win to prevent elimination from the playoffs. Oakland hung on and won, 33-25, enabling them to keep pace with the Patriots.

In his postgame press conference, Oakland head coach Jack Del Rio mentioned that Carr suffered a broken tibula, will have surgery on Sunday, and will be out indefinitely. Matt McGloin now becomes the starting quarterback for Oakland, and will have to lead them next weekend at Denver. McGloin made some key throws in helping the Raiders hang on to beat the Colts by one score, but he is obviously no Derek Carr.

Carr’s injury could have far reaching consequences, both in Denver next week and beyond. But as long as the Patriots handle their own business and beat Miami next week in south Florida, like they were expected to do last year, the top playoff seed is theirs. Oakland wins a tiebreaker with the Patriots, on common opponents in some scenarios, and strength of victory in others. Should there be a three-way tie with New England, Oakland and Kansas City, the Patriots would prevail because Oakland loses to the Chiefs on head to head.

If Kansas City defeats Denver on Sunday, Miami clinches a Wild Card berth. If Miami does not need to win next Sunday to avoid elimination from the playoffs, that may help the Patriot cause. Expect Miami to play the Patriots tough as they always do, but if the Patriots have more to gain from the game than Miami does, it will benefit the Patriots to some degree.

But that same scenario existed last year. Miami had nothing to play for, and the Patriots had the one seed locked up with a win. But Bill Belichick instead rested many regulars, emphasized a run attack, and lost the game 20-10. Having to play at Denver instead of hosting them for the AFC Championship Game, the Broncos won, 20-18 to advance to Super Bowl 50 where they beat Carolina for the championship.

It seems clear that the Patriots will go after Miami hard next week. Playing in Miami in December is better than September, as heat index and high humidity will be less of a problem. When New England visits Miami, it is the Dolphins who usually come out the more fired up and hungry team. That likely won’t be the case this time.

Against the Jets on Sunday, the Patriots were brutally superior and made few, if any, mistakes. The defense caused four turnovers, Tom Brady threw three touchdown passes, LeGarrette Blount rushed for two touchdowns to add to his Patriot rushing touchdown record, the Patriots were penalized only 3 times for 20 yards, the Patriots held the Jets to only 1 of 11 on third downs (the Patriots were 11 of 18), and would have had a shutout if not for that regrettable field goal by Nick Folk from 29 yards out with 6:20 left in the game.

Facing fourth down and goal from the Patriot 11, Jet head coach Todd Bowles, who fell very ill this week and was listed as out for this game but made it anyway, called for a field goal instead of going for it. The decision to kick was a blatant show of disrespect for his offense, even though Ryan Fitzpatrick was in at quarterback for the Jets in place of injured starter Bryce Petty, who left the game early in the second quarter. The easy field goal came off as cowardly, an embarrassment to the entire Jet organization.

The Patriots had no such issues. Even on offense, the Patriots made the Jets look silly when they weren’t doing that to themselves. With time winding down in the second quarter, the Patriots were content to go into the locker room up 20-0. With 1:30 left until halftime, the Patriots had the ball at their own 13. After a three-yard run by Dion Lewis, the Jets foolishly called time to see if they could get the ball back. Belichick immediately switched from clock kill mode to score quick mode. Two plays later, Tom Brady found Julian Edelman for a first down. On the next play, Brady heaved one deep for Malcolm Mitchell, but Doug Middleton was called for a 46-yard pass interference. The next play, Brady found James White wide open on a wheel route right side, and White took it to the house for a 25-yard touchdown. It was 27-0 Patriots at the half instead of 20-0, and the Jets had egg all over their faces.

Brady finished 17 of 27 for 216 yards, three touchdowns and a 124.6 rating. Blount and Lewis combined for 102 yards rushing. Edelman had five catches for 89 yards, while White, Martellus Bennett, and of all people, Matt Lengel caught the touchdown passes. It was the first NFL reception for Lengel, the “replacement” for Rob Gronkowski.

It will be a tough game next week in south Florida. But make no mistake, you will see the best of the Patriots. Holidays will now be celebrated. A one seed in the AFC playoffs has to be the next thing celebrated. With or without Carr, if it is Oakland and New England for the AFC Championship, it must be home.

And, to paraphrase a song of the moment, there’s no place like home for the…playoffs.

READ NEXT:
Film Review, Patriots Cruise In Big Win Over the Jets
Posted Under: Uncategorized