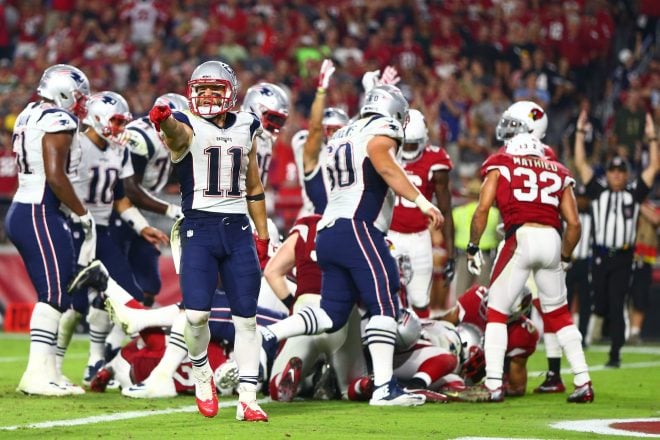 As we’ve seen from former sixth-round pick Tom Brady, lower round picks can sometimes become the most important people on the roster and this season could see two of them be the key to the Patriots having a shot at winning a fifth title.

Julian Edelman hasn’t gotten much attention in the media in recent weeks, despite finishing with his 8th career 100-yard game during Sunday’s win over the Rams.  It’s actually a little surprising that somehow he’s managed to fly under the radar despite contributions that have been massive for his football team.

Instead, a lot of the attention has been put on rookie receiver Malcolm Mitchell and tight end Martellus Bennett, who have been two key additions to an offense in 2016.  Thanks to those two, prior to Rob Gronkowski’s loss, this is an offense that had been incredibly stacked from a personnel standpoint.  Couple in a resurgence by running back LeGarrette Blount along with the recent return of Dion Lewis, and Edelman almost has almost become an afterthought. 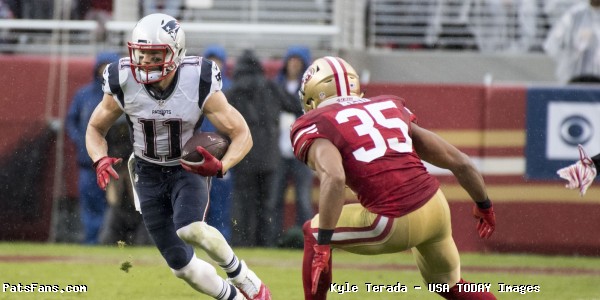 Edelman quietly has been one of the big keys to New England’s success this season. (USA TODAY Images)


But that’s what happens when you’re a consistent player week-in and week-out.  Edelman’s been a workhorse, continuing to make some tough catches across the middle of the field and he’s taken some incredibly tough shots this season, none of which has he shied away from.  The scrappy receiver has had that mindset for a long time, embracing contact and in some cases even looking for it.

While many admire his toughness, his value trumps putting himself in any unnecessary form of harms way.  The veteran receiver has already battled his way through an offseason where he had to recover from a nagging foot injury after breaking a bone in that same foot last season, and the fact he wasn’t 100% in the postseason played a part in the team’s loss in Denver last January. He’s come back and put together some gutsy performances so far this year and his foot seems to still be nagging him, but he’s playing faster now than he was earlier in the season.  Fortunately for the Patriots, it’s given them a big lift and he’ll likely be an even more important asset now with Rob Gronkowski sidelined.

So far Edelman’s had 72 receptions for 718 yards along with two touchdowns and with four games to go needs to average at least 4 catches and 70.5 yards per game in order to reach 100 catches and 1000 yards receiving for the season.  That seems pretty realistic, especially given the fact Brady will be counting on him now more than ever.  We saw it Sunday as he caught 8 passes for 101 yards, with five of those receptions going for first down.

Edelman’s also been a key for New England in the red zone, catching six passes, just one shy of Danny Amendola’s team-leading 7 receptions. 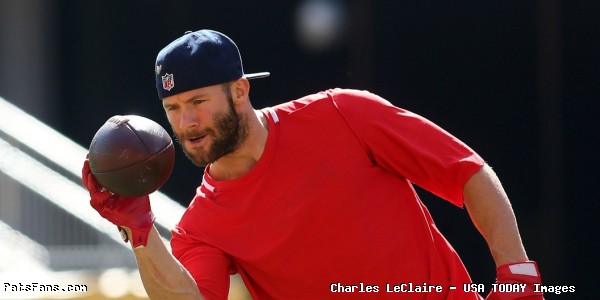 If Edelman can make it through the postseason, the Patriots have just as good of a shot as anyone to win it all. (USA TODAY Images)


More importantly, the veteran’s presence has an incredible effect on how well the Patriots’ offense moves the football.  When he went down with his foot injury last season, the offense seemingly suffered almost as much as when they’ve been without Gronk and they stumbled in the postseason in Denver when his foot eventually failed him.  If he had been healthy, there’s no doubt you should have been feeling pretty good about their chances against Carolina.

With Gronkowski gone for the rest of 2016 and Amendola’s recent ankle injury sidelining him until at least the postseason, Edelman should draw similar attention as defenses will clearly have to account for where he is, which will likely open things up further for players like Mitchell and Chris Hogan to make plays. That should hopefully help those two continue to shine while Edelman keeps doing the dirty work.

If he comes up short of his numbers after the season, there will be some who will be critical and question how important or how much the soon-to-be 31-year old has left.  But that comes with the territory for a guy like Edelman, who really hasn’t gotten enough recognition for what he’s already done this season. And if the Patriots end up seeing everyone around him flourish while he continues to make timely plays en-route to another championship, it’s going to be hard not to give credit to a guy who has already overcome so much during his career here in New England.

It’s really simple.  Without Gronkowski, it’s definitely going to be more difficult for the Patriots to win it all.  But with Edelman, he’ll ultimately be the reason why they’ll potentially be able to overcome Gronk’s absence and be able to contend for a fifth championship. Now all he needs to do is keep battling for a few more weeks and as long as the hits he keeps taking don’t keep him off the field, expect the Patriots to be in the mix right until the end.

For now, with Baltimore coming up, Edelman’s just focused on going out and getting a win next Monday night.

“Any time you play Baltimore, you know it’s going to be a fistfight,” Edelman said via NESN after Sunday’s win over the Rams.  “If you like football, this is a good football game to watch.”

“Those guys play hard. They’re well-coached and they play us well, every time. We’re just going to have to have a really good, solid week of practice to get ready.”