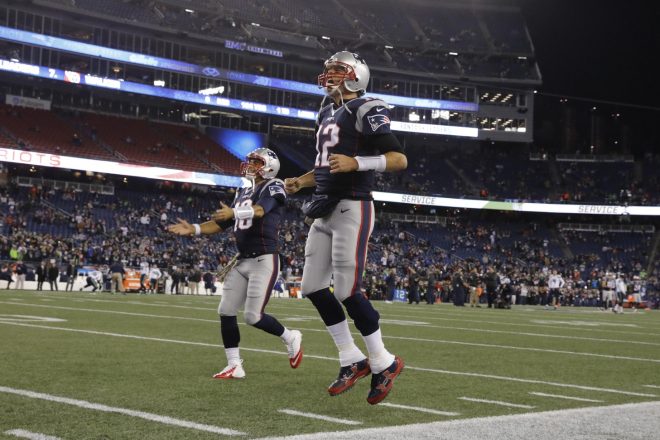 For the second time this season and 27th time in his career, New England Patriots quarterback Tom Brady has been named AFC Offensive Player of the Week following his victorious 30-17 performance over the San Francisco 49ers.

The selection ties Peyton Manning for most in NFL history.

The most notable play from Sunday’s game saw Brady throw his longest touchdown pass of the season 56 yards to rookie Malcolm Mitchell.