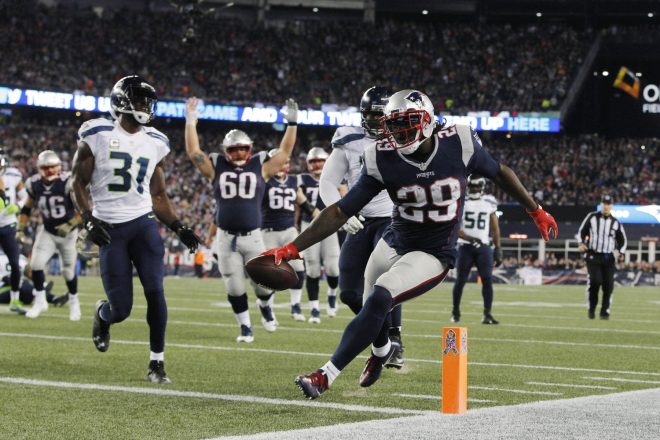 The New England Patriots attempt to get back on the winning track as they travel out to the Bay Area of California and take on the San Francisco 49ers on Sunday afternoon. Kickoff is scheduled for 4:25 p.m. ET and will be the Patriots first visit to Levi Stadium which only opened in 2014. This will also mark the first visit to SF for QB Tom Brady who grew up in the area and was a Niners fan.

This week’s game will be televised by CBS and can be seen locally on WBZ Channel 4 in Boston. Greg Gumble will handle play-by-play duties with Trent Green as the color analyst. Jamie Erdahl will work the sidelines. The game will also be aired on the Patriots flagship radio station 98.5 The SportsHub with Bob Socci and Scott Zolak on the call, produced by Marc Cappello.

The Patriots (7-2) came off their bye week and dropped a tough but entertaining contest with the Seattle Seahawks 31-24 on SNF. The Pats had troubles with their defense and stopping Russell Wilson who passed for three touchdowns. LeGarrette Blount ran for three scores for the Pats.

The 49ers (1-8) lost to the Arizona Cardinals 23-20 on a last-minute field goal. Although QB Colin Kaepernick tied the score with a TD run in the final two minutes, the Niners couldn’t stop the Cards and dropped their eighth game in a row.

Series History:
The Patriots and 49ers meet for the 13th time on Sunday. The Niners hold an 8-4 advantage all-time against the Patriots including a 4-1 record at home. Three of those games were held at the venerable Candlestick Park and one held at Stanford.  The Patriots have won three of the last four meetings between

The last time these two teams met was in a Sunday Night Football matchup in a cold, wet, rainy Foxboro. Colin Kaepernick threw for four touchdowns and the Niners prevailed 41-34.