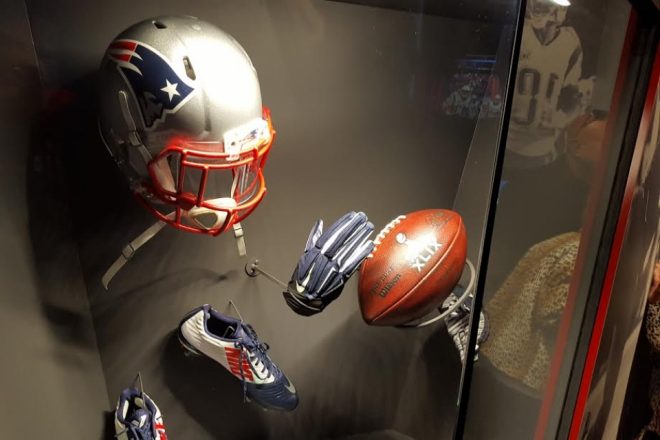 On Tuesday afternoon the Westgate Las Vegas Superbook released their advanced betting lines, also known as look-ahead lines. These early lines give some clairvoyant risk takers an opportunity to roll the dice on games that will not be played for another week and a half. There are times when public reaction to the most recent game clouds reality, and for a moment one can exploit the odds on an overrated or underrated team – or be done in by an unforeseen injury.

New England hosts Seattle on Sunday night in Week 10 on NBC. The Patriots-Seahawks rematch is the most enticing game of the week. The last time these two met was in Super Bowl XLIX – or for those like me that have grown weary of roman numerals, SB 49 aka the 2014-15 championship game. The 7-1 Patriots are favored by just over a touchdown at home against the 4-2-1 Seahawks. This week Seattle hosts Buffalo while the Pats are off with a bye.

Week 10 has a rather compelling late afternoon game as a warmup for Sunday Night Football. The 6-1 Cowboys travel to Pittsburgh to take on the Steelers in a late afternoon game on FOX. The Dallas-Pittsburgh contest is the only game without an early line, due to uncertainty at the quarterback position. On the other end of the spectrum is yet another awful Thursday night game, with Cleveland at Baltimore. The Ravens are favored by 9½, the second largest advanced line of the week.

Not surprisingly the biggest spread involves the club competing with the Browns for the first overall pick in next spring’s draft. The 49ers, losers of six straight, are an 11-point underdogs at Arizona. San Francisco has lost by an average of more than 17 points during their six game skid, only once losing by fewer than twelve points.

There are three games with road favorites in Week 10. The Jaguars (+2) vs Houston, Saints (+1) vs Broncos and Titans (+2½) vs Packers are all home dogs looking for an upset.

Buffalo, Detroit, Indianapolis and Oakland are all off with byes in Week 10. After that only six teams (Falcons, Browns, Broncos, Jets, Chargers and Titans) have a bye remaining – in either Week 11 or 13.

Week Nine kicks off on Thursday with Atlanta at Tampa Bay. Both teams have shoddy defenses that rank near the bottom of the NFL in every meaningful category. With that in mind I am extremely confident that this will be a very high scoring game. Thursday night games are usually tough on the visiting team, but Atlanta to Tampa is a relatively short trip. It is also difficult to sweep a division opponent; Atlanta has the edge with the revenge factor.

For Tampa Bay their running back situation is disheartening. Jacquizz Rodgers joins Doug Martin on the sidelines with an injury, and Charles Sims is already on IR. The Falcons have the better quarterback, better receivers and better running backs right now. The Bucs are a bit of a mirage with two of their wins coming against Carolina without Cam Newton and against the pitiful Forty Niners. I don’t see how Tampa Bay can keep up against the Falcons.