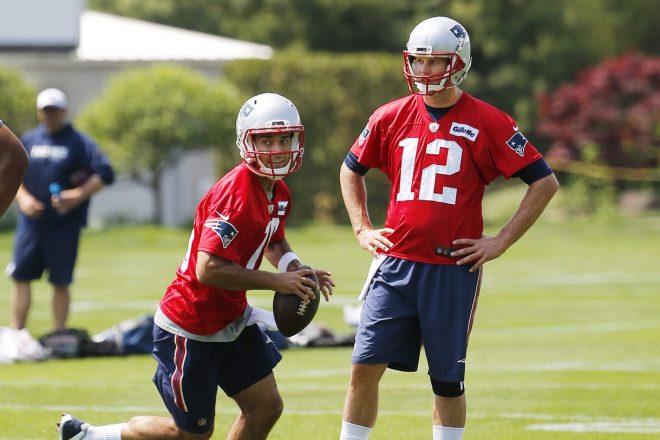 The Patriots needed a roster spot to formally bring back Tom Brady, and it looks like now they’ll have one thanks to Jacoby Brissett’s season coming to an end.

The team put the third-string quarterback on injured reserve after the Boston Globe reported he underwent surgery on his injured thumb Friday to repair the damage done to his thumb suffered after he replaced Jimmy Garoppolo and got his first NFL start in Week 3 against Houston.

That leaves Jimmy Garoppolo as the lone back-up behind Brady, who will get his first start of 2016 this Sunday out in Cleveland.

How Was This Article?
Posted Under: Patriots News
Tags: 2016 Patriots season Jacoby Brissett